Kylie Padilla on Robin, Aljur and her ‘difficult’ pregnancy 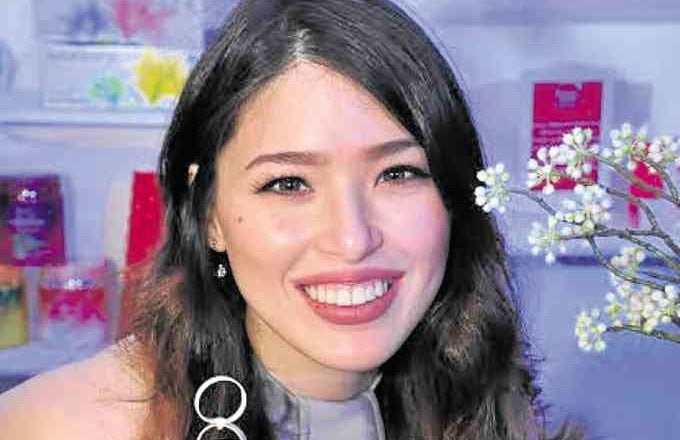 Kylie Padilla, who’s five-months pregnant with her first child with boyfriend Aljur Abrenica, isn’t due to give birth until late July or early August. But this early, the actress is already planning to take lessons on how to breastfeed and change a baby’s diapers.

“I’m excited. I can feel the baby moving, but I’m still waiting for the first kick!” Kylie told reporters at a recent media event as endorser of Watson’s new “Switch and Save” TV commercial.

“When I discovered that I was pregnant, I knew I had to breastfeed, because it offers a lot of benefits for the baby,” she added. “I look forward to becoming a mom… I have asked different people, with different experiences. I just want to enjoy the moment when it comes.”

But while she’s thrilled about having a baby—whose gender she has yet to know—Kylie admitted that she’s afraid of childbirth: “It’s normal for first-time moms to feel fear about that. I’m trying to decide what type of delivery I would have. And right now, I’m leaning toward a normal delivery.”

Kylie, who announced her engagement to Aljur last January, recounted that her first trimester had been the toughest part of her pregnancy so far. She was still part of the GMA 7 fantasy show “Encantadia 2016” then, and all she wanted to do was rest.

“I used to throw up after every meal,” said the Kapuso talent, who often craves cheese, pizza and pasta. “They’re all fattening, but I don’t want to go on a diet! I don’t want to deprive myself and my baby.”

Should her baby need a playmate in the future, Kylie need not look far—her elder sister, Queenie, who’s married to a Pakistani, is also five-months pregnant. “We got pregnant only four days apart. And who knows? We might even give birth on the same day! I was like, ‘Yay, my baby will have someone to play with!’”

Kylie’s father, Robin Padilla, hasn’t talked much about her daughter’s pregnancy in public. Asked how her father reacted to the surprise pregnancy, Kylie said: “I made sure he didn’t find out about it from other people… He simply told me to take care of his grandchild.”

Her stepmother, Mariel Rodriguez, is also supportive of her. “She volunteered to give me things her baby no longer needed.”

As for wedding plans, Kylie said she and Aljur would rather take things a step at a time. “Aljur is so cute, because I can see him making an effort. When I look at him, I see not just a lover, but a future father. And I fall in love with him even more,” she said.

While she does miss acting and the work grind, Kylie doesn’t feel the need to rush her return to show biz after giving birth. “If I get too attached to the baby, I’ll take more time off,” she pointed out.

Read Next
HEARD: Shawn Mendes’ ‘cheeky’ encounter with Katy Perry
EDITORS' PICK
Geek out at TOYCON 2022 powered by Smart Signature
UK’s Boris Johnson will resign, BBC reports
High-risk pregnancy: Reducing your risk is in your hands
House energy committee chair Arroyo bats for cheap electricity
High inflation: Your P1 is now worth only 87 centavos
Unemployment rate up to 6% in May
MOST READ
Suspect in grisly killing of missing woman in Bulacan arrested
Hong Kong suspends flight bans as it eases COVID-19 rules
Kim Atienza’s daughter flaunts bikini body in response to critics of her ‘revealing photos’
Cop slain in Isabela ambush
Don't miss out on the latest news and information.