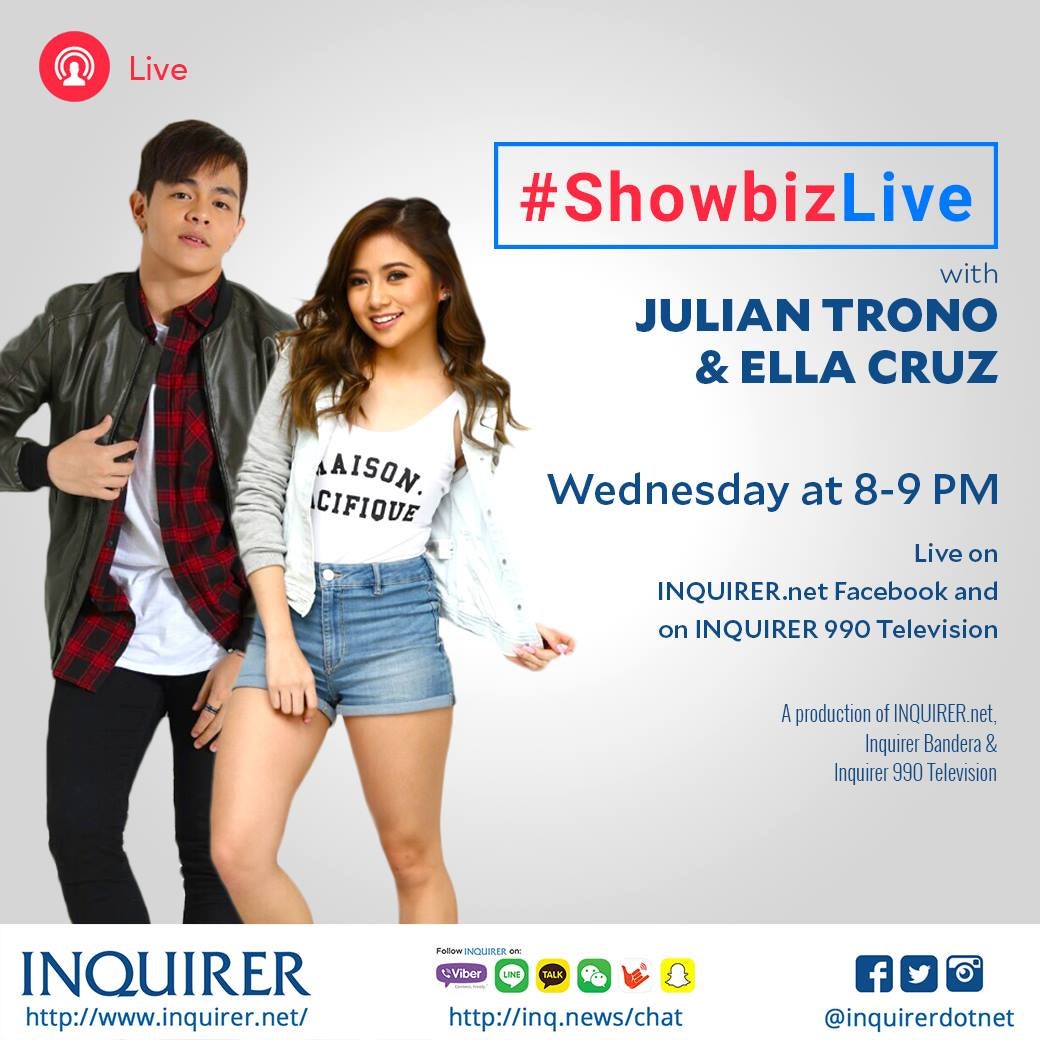 Trono and Cruz lead the first batch of Viva’s new breed of artists called Ppop Generation. Both artists have a huge following due to their awesome dance videos that trend on the internet.

Tagged as the “Teen Dance Princess”, Cruz gained widespread online buzz when she released her “Twerk It Like Miley” dance video, while Trono has been known as “Prince of the Dance floor” in local showbiz.

ShowbizLive airs every Wednesday, 8 p.m. on Inquirer.net via Facebook, Youtube and Periscope. It is also broadcast live on Radyo Inquirer 990AM, and channel 16 or 18 on TV plus.