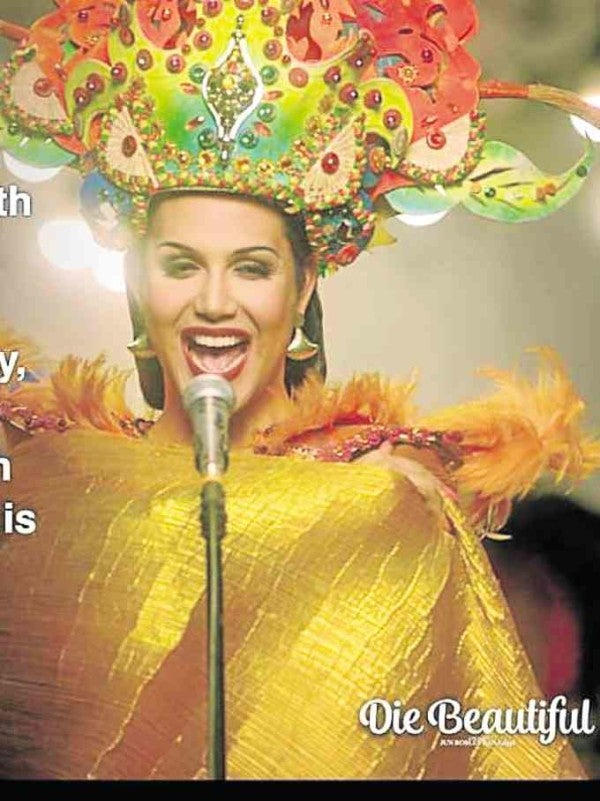 The Filipino movie is vying for the best feature film and audience choice awards in the LGBTQ fest.

The fest’s website describes “Die Beautiful” as an “unexpectedly big and majestic movie.”

Also part of De Roze is S. Leo Chiang and Johnny Symons’ “uplifting” documentary “Out Run,” which focuses on Ladlad, “the world’s only political party entirely devoted to the LGBT community.”

According to the fest’s site, the docu centers on Ladlad’s “charismatic transgender leader Bemz Benedito [who] is running for Congress.”

The site points out that the Philippines, which is a predominantly Catholic country, has a “complicated relationship with LGBT issues… [Members] of the [community] are tolerated as long as they don’t cross certain societal boundaries.”

The docu, however, will inspire viewers to “cheer on the scrappy underdogs” as they campaign for their rights.

Both “Die Beautiful” and “Out Run” are featured in the Asian Perspectives section. —BAYANI SAN DIEGO JR.