'I'm Drunk, I Love You' is what your sober heart needs | Inquirer Entertainment
Close
menu
search

‘I’m Drunk, I Love You’ is what your sober heart needs 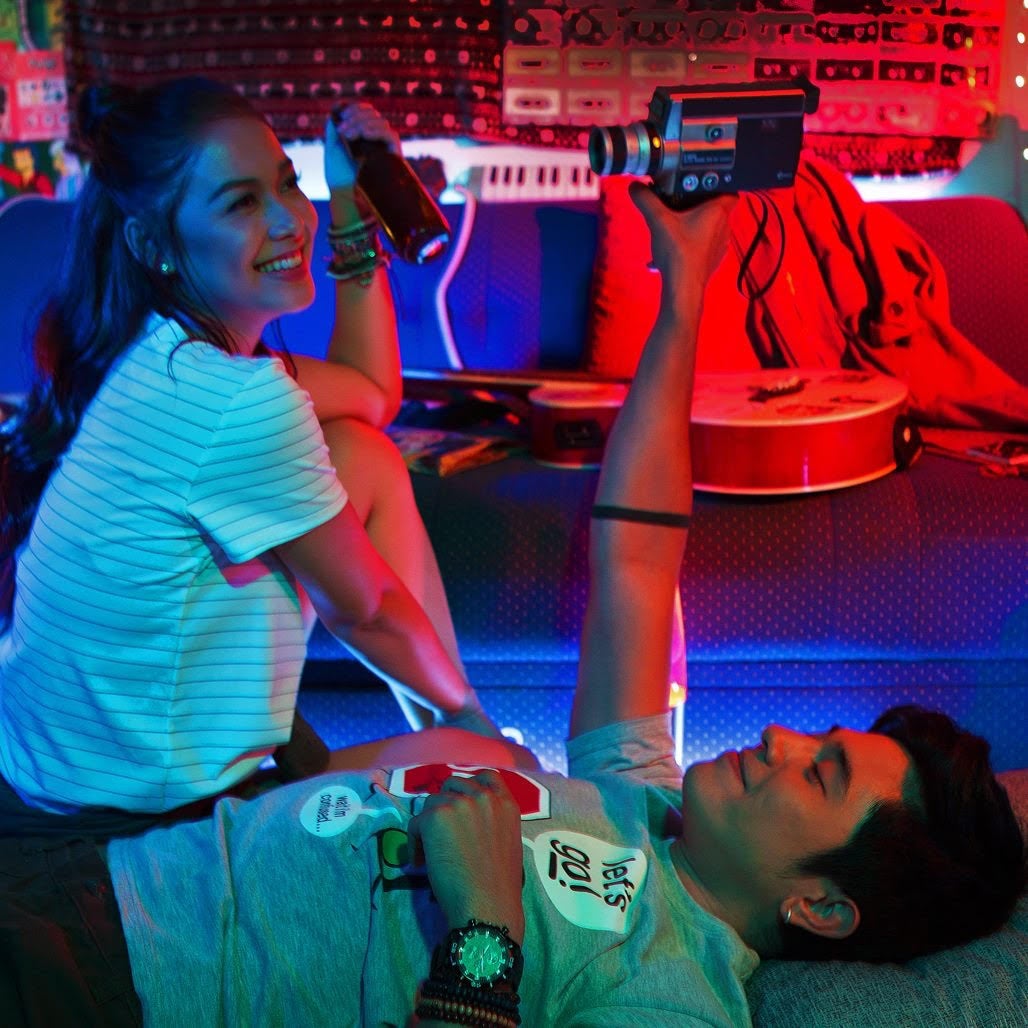 Photo from I’m Drunk, I Love You Facebook page-

There is nothing extraordinary about the “friendzone” storyline of JP Habac’s “I’m Drunk, I Love You” (IDILY), but this indie offering is not your typical romantic-comedy flick—something we have not seen on the big screen for a while.

The film follows the story of graduating kolehiyala Carson (Maja Salvador) who, a few days before her graduation, agreed to accompany her best friend Dio (Paulo Avelino) in a road trip to a La Union beach, despite the risk of missing her graduation rites, to settle some old-as-new and bottled up feelings. This, of course, is just one and the latest in a long list of “acts of martyrdom” Carson would not mind doing for Dio, whom she has been helplessly and hopelessly in love with for seven years. (SEVEN years, baks.)

IDILY is just on its second week of screening, but it is struggling to stay in cinemas despite rising social media buzz and more and more people wanting to see the film. Theaters showing the film had been reduced to as low as 10 nationwide but climbed back to about 70 due to clamor to bring it back to the screen.

Here are five reasons why you should see “I’m Drunk” while it lasts. (Warning: spoilers ahead)

1. It tells you what you need and deserve to hear.

While there is nothing exceptional to its girl-falls-in-love-with-best-friend plot, IDILY separates itself from similar-themed movies through its organic and straightforward storytelling. Without resorting to cheap antics like overly cheesy lines and unnecessary humor or drama, the film refuses to dumb down its viewers and presents nothing short of a raw dose of reality that everyone can relate to, maybe even those who have not experienced the same heartbreak.

With lines like “Ikaw na lang ang umaasa, pati pag-asa nag-give up na sa’yo (You’re the only one still hoping, even hope has given up on you)” and “Hindi mo naman kasalanan kung hindi mo ‘ko mahal (It’s not your fault if you don’t love me),” IDILY does not force to display fireworks on the surface, but rather stirs its viewers from within. But aside from the natural delivery of dialogues, the beauty of the film also resides in its quiet moments, when the silence and the music did the talking for the characters.

2. It is a story for the millennials and everyone who feels lost

After spending seven years in college, Carson and Dio are set to go out to the “real world” and pursue careers not necessarily in line with their passion for the arts, mainly motivated by the desire to please and pay back their parents.

Amid all its emotional whirlwind, IDILY is not just a story for the friendzoned, but for everyone who feels stuck, lost and unsure of what the future holds for them, afraid of stepping out of their comfort zones, and anxious over getting left behind in a fast-paced and success-obsessed environment. It is about being young and carefree at one point, and facing the music to man up when it’s high time.

We have seen Maja Salvador from her supporting and lead roles in teleseryes and drama anthologies, her portrayal in John Lloyd-Bea flicks, up to her Urian-acclaimed performance in the 2011 film “Thelma,” but her role as Carson is nothing like her previous ones. IDILY is Maja Salvador at her best and most natural, like we’ve never seen her before. Every line is as believable as it gets, and the film could not have made an impact of that magnitude if not for Maja’s realistic delivery that makes her almost inseparable from Carson.

Don’t panic: You have not entered the wrong cinema. Watching IDILY is like watching two films for the price of one, as Jerrold Tarog’s 20-minute short “Angelito” is also being shown before the film itself. Angelito connects the events of the Tarog’s successful historical film “Heneral Luna” to the upcoming sequel “Goyo” (Hen. Gregorio del Pilar) in 2018 also starring Paulo Avelino.

Differentiating idols from leaders and mere allegiances from principles, Angelito does not only give a preview of “Goyo,” but also offers wisdom amid the present political landscape and what church leaders have called as “reign of terror” under the Duterte administration.

5. It celebrates all kinds of love and shows that being best friends is not “just friends”

One of the most beautiful parts of the film is its resolution–which not everyone is particularly happy with–when Carson, side by side the man she has been crazy about, is finally able to say to herself “Graduate na ako!” after seven years of studying and repressing her feelings. She is ecstatic not because she stopped keeping her hopes up, but because she has learned to accept and appreciate things as they are, and finally mustered the courage to move forward from there. The film tells us that being best friends is not being “just friends,” and that it is not less significant than being a couple. It tells us, through beer and good music, that sometimes, true friendship is rarer and more precious than any romantic relationship.

It celebrates other kinds of love, and refuses to portray one as superior to the other. It is easily relatable, even if we are not exactly in the characters’ shoes, because it shows us part of ourselves and people we know that we have yet to discover—a Carson that will always go home and crash into her mother’s arms at the end of the day, a go-to Jason Ty that will also need other people to be the best friend for him, and a Dio that will always come rushing back to an old love after all these years.