Thin line between friendship and love 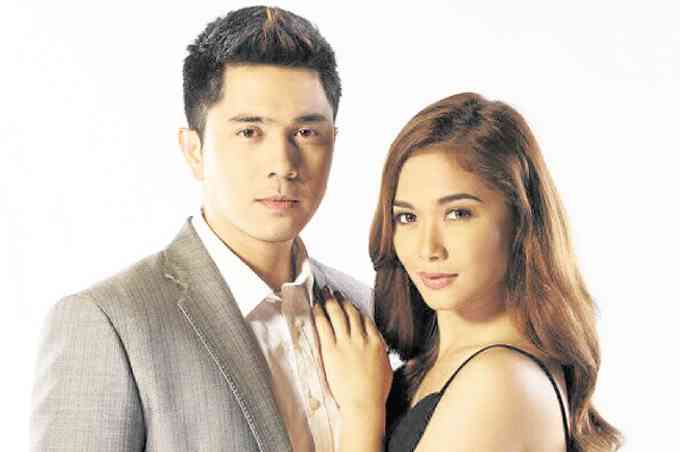 There’s a thin line between friendship and love. Crossing from the “friend zone” to the “danger zone” called love is sometimes a tricky thing. That is what the movie, “I’m Drunk, I Love You (IDILY),” is all about (opens Feb 15).

The offbeat romantic comedy topbilled by Maja Salvador and Paulo Avelino tackles what the French call la douleur exquise. It refers to the heart-wrenching pain of loving someone you can’t have. The OPM soundtrack of the bittersweet film sets the audience into “emo mode.” Whether Valentine’s Day is a red-hot day or a red-alert day for you, “IDILY” will hit your heart bull’s-eye.

Here’s my chat with Maja:

A boyfriend material is a guy who thrills me. He woos me the right way. Having an air of mystery is a must. If I’m too close to him like a best friend, then the thrill is gone.

Like Carson, your character in the film, would you fall in love with your best friend?  It’s hard to say yes or no. It’s possible. But sometimes, it’s better to stay friends, because falling in love might ruin the friendship.

What if one of your close friends like Rayver Cruz or Enchong Dee courts you? I can’t picture either of them as my boyfriend. Sometimes, they joke around as if they were my suitors. I really don’t know. Or maybe I’m just manhid (numb) to them because, when we’re together, I’m just “one of the boys.”

How are things between you and Gerald Anderson?  We once had a special relationship. We hurt each other in the past. It wasn’t just tampuhan (petty quarrel) between friends. So, it’ll take time to get back to normal. But we are civil with each other. I have neither bitterness nor anger toward him.

My chat with Paulo:

What do you find hard to understand about women?  The mind games they sometimes play. I wish they would just think out loud so guys don’t have to keep guessing.

In what ways can you relate with your character, Dio? Like him, I’m a frustrated filmmaker—and I love to sing. We both like the song, “Choices.”

What’s the best and toughest part of being Paulo Avelino? The best part is that I get to do the films I want to do and get to feel  being someone else in the different roles that I play.

The worst part is hearing fabricated issues about me.

Peta’s hilarious and heart-warming hit original Filipino musical, “Care Divas,” is making a comeback. It tells the bittersweet tale of five gay overseas Filipino workers (OFWs) in Israel who work as caregivers in the morning and transform into drag queens at night.