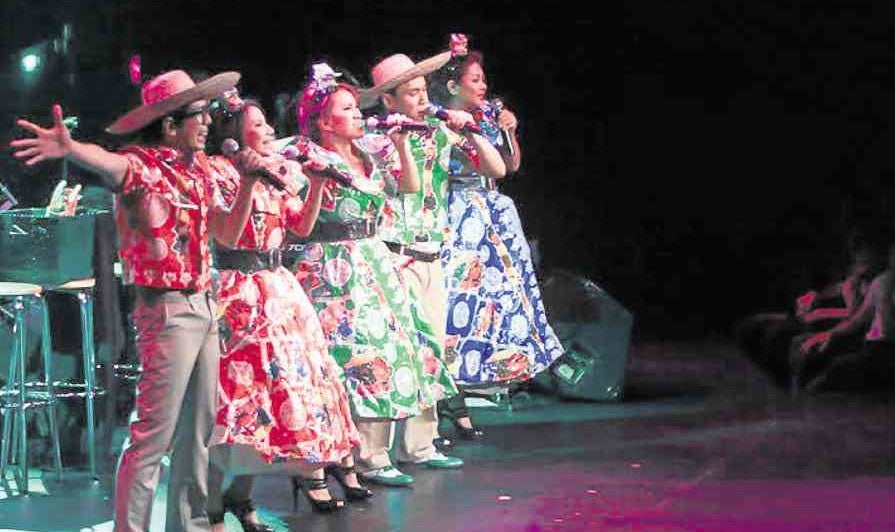 The CompanY in costumes made from plastic PVC dining table cover

Often described as “a loner and a man of few words,” Franco would rather let his designs—by turns, elegant, intricate and colorfully flamboyant—speak for themselves.

Several star-clients were his most ardent supporters, as well—and would proudly don his creations not only onstage (in plays, concerts and awards rites) and onscreen (in movies and on TV shows), but offstage as well.

Most memorably, he whipped up the comics-inspired couture/costumes in the 1991 stage musical “Kenkoy Loves Rosing,” coproduced by singer Celeste Legaspi. 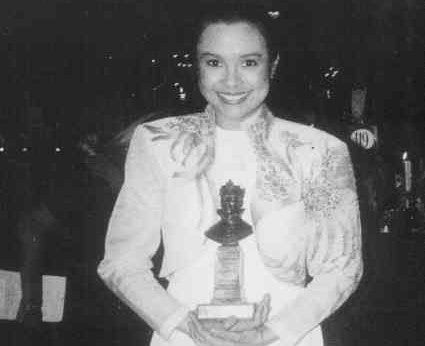 Lea Salonga at the Olivier Awards

Singer-actress Lea Salonga chose a Franco original when she received her Laurence Olivier best actress award for “Miss Saigon” in 1990.

Rep. Vilma Santos wore a Franco Filipiniana gown when she tied the knot with Sen. Ralph Recto in Lipa, Batangas, in 1992. Franco also took care of Santos’ wardrobe when she played a fierce and feisty mogul in the movie, “Everything About Her,” last year. 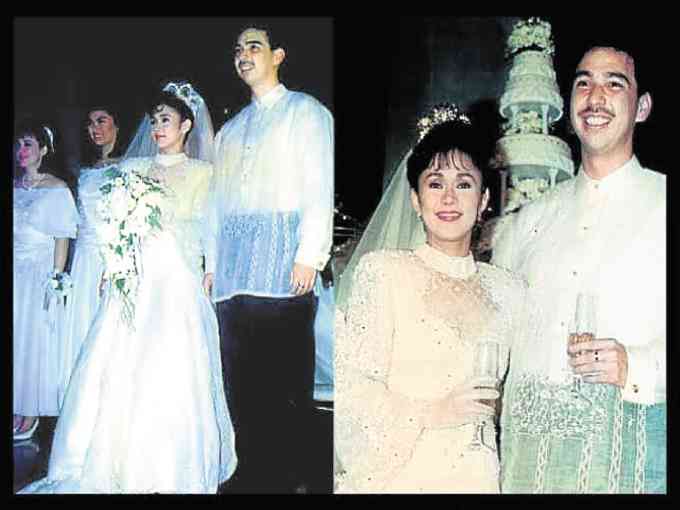 Vilma Santos and Ralph Recto on their wedding day

In this forum, Santos and Salonga join other celebrities in paying tribute to a “gentle giant…and genius.”

Franco passed away after a cardiac arrest last Tuesday. Interment was on Sunday.

Vilma Santos, actress: He was like family. We were together for ages. He did my clothes for years—from the ‘Vilma’ show in the 1980s until his passing. I am so sad. I am continuously praying for him. I love him. He was a very quiet person. Observant, passive, but a true, loving and loyal friend.

Lea Salonga, singer-actress: He designed the gown I received my Olivier in. I shall always be grateful. I brought a few pieces from Manila to London…for events, so that gown (white, with gold trimmings) might have been one of them. At the time, decisions…were usually made by asking, “Does this still fit me?”

Dulce, singer: He was like a brother to me. He made my clothes for 29 years. Whenever I had a problem, he was the first person I would turn to. He always found a way to see me. He was caring, nurturing.

I am not sexy, but he always made me look great onstage. 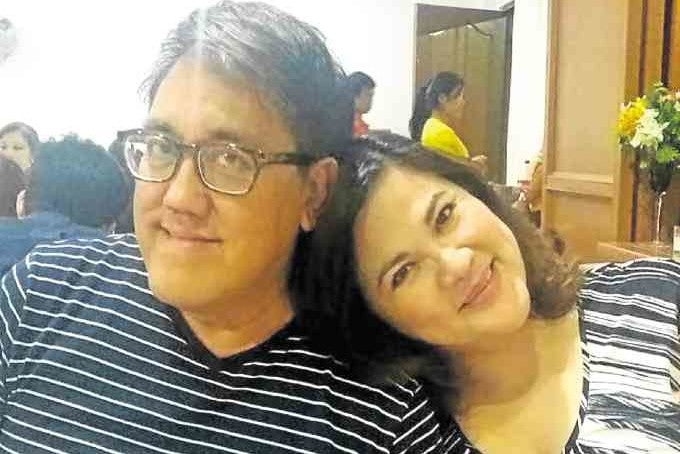 Our last heart-to-heart was last Dec. 28. He spent the whole night with me. We discussed our future plans. We wanted to publish his book. We even talked about the cover design.

My children call him Ninong Paypay because he was always fanning himself. He was the godfather of my 25-year-old daughter Dana, but my other kids decided to call him ninong, too.

He dressed up Miss Canada, Siera Bearchell, for a Miss Universe event last week. He felt bad that she was bashed by netizens for having a full figure. But when he heard how she responded to critics, he was impressed.

Mitch Valdes, singer-actress: You start out as a client of Danilo Franco, but because of his kind and artistic soul, you soon become a friend. He knew how to get out of the box. He had humor. He made me a long gown made of pamaypay (anahaw fans) for the musical, “Kenkoy Loves Rosing.” It was hilarious, but it also looked great! It brought the house down when I made my entrance wearing it.

He didn’t design for himself but for you—always highlighting your assets and disguising your flaws. Consultations included cognac…for creativity. In the early years, we formed a Valentine’s Lonely Hearts Club Band. I will miss him.

Celeste Legaspi, singer-actress: Danilo Franco would be quiet and gentle, nodding his head softly. Then, I’d look at his designs and, always, they were excellent, brilliant, right on point. And showcasing what was wonderful about being Filipino. Salamat, Danilo.

Moy Ortiz, singer: Danny and I made The CompanY our “science experiment.” In terms of imagery and design, Danny was truly collaborative. He would earnestly listen to my ideas and what I wanted to achieve, then he’d interpret and execute these concepts onto our clothes. He was never dismissive nor condescending.

Moreover, in the 32 years that I have known him, Danny never said anything nasty against anyone. He was a gentle giant who made his art and fashion pieces speak for themselves. I am still gutted from the suddenness of his passing. The CompanY’s relationship with Danny has outlived our [partnerships with] former talent managers and previous record companies. In a way, Danny was an associate member of the group. He will be missed.

Ali Sotto, singer-actress: He didn’t even bat an eyelash when I, then a headstrong girl of 17, told him I wanted to wear a black catsuit for the rigodon dance at my debut. He designed one for me, the only detail being a diagonal slit at the back ringed by rhinestones.

So began our dress-me-up collaborations that spanned almost four decades: Sequined and beaded dresses for concerts and awards nights; period clothing for magazine covers; a hand-painted labor of love for my beach wedding in Palawan,  and, most recently, the mother-of-the-groom gown that I wore to my son’s wedding last October.

But his creations were almost always just a “by-the-way” to a beautiful, profound friendship: Sunday lunches at his home on San Pascual street in Manila where his Nanay Pits insisted on second servings; long conversations in their yard, while I blow-dried his hand-painted jusi hanging out on a clothesline; friends (among them Dulce, Nanette Inventor, Pat Castillo, Joy de Leon) curled up on giant floor pillows in his master bedroom, with lots of love and laughter all around.

The best way to say goodbye is not to.