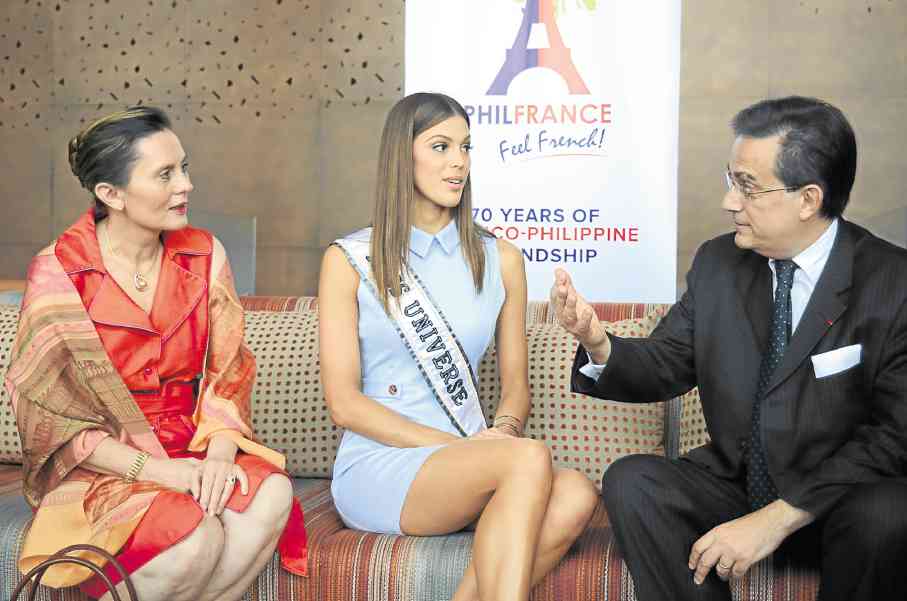 Filipinos have more in common with the French—aside from the pulchritude of our people, that is. There’s the Catholic faith, for one.

Half in jest, half in earnest, Thierry Mathou, French ambassador to the Philippines, admitted: “We prayed a lot. We went to different churches and we lit candles so that Miss France would win Miss Universe.”

It worked, and Iris Mittenaere, the 24-year-old dental surgery student from Lille, won the coveted crown—becoming only the second Miss Universe from France since 1953.

When the ambassador finally met the beauty queen at the victory party held after the pageant, he discovered that she wasn’t just stunning and statuesque; she was smart and sharp as well.

“She is very French,” Mathou told the Inquirer. “We can all see that she is a beautiful woman. That she has quite a presence.” But he described Mittenaere as more than a looker. “She is a thoroughly modern woman who’s capable and very intelligent.”

Mathou related that Mittenaere’s answer to the question on the refugee crisis in Europe had shown that she was not only fully aware of global news events, she also espoused the French values of liberté, égalité, fraternité.

“She was able to express the thoughts and feelings of the French in her response,” he remarked. “That we believe in human rights, in having open borders… that we welcome everyone to our county.”

He pointed out that, as a dental surgery student, Mittenaere has also made it her goal “to reach out to… and help people.”

Mathou expressed confidence that Mittenaere will be able to rise to the challenge of being Miss Universe. “It’s a huge responsibility. It will be a very busy year. She will meet various dignitaries. She will travel to different countries all over the world.”

Mathou is certain that the new Miss Universe will be back in the Philippines sooner than expected, though. 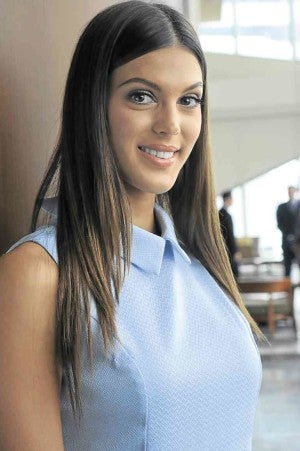 She was supposed to leave the day after the pageant on Monday, but chose to stay for a few more days. (She left for New York on Thursday.)

“She made many Filipino friends during her stay here, and she told me that she wishes to come back,” he related.

Coincidentally, France won the crown in the Philippines in the same year that the two countries are celebrating 70 years of friendship. Making it more significant, it was the Philippines’ Pia Wurtzbach who passed on the title to Mittenaere, he asserted.

The French Embassy in Manila is commemorating the two nations’ friendship with a yearlong event, “PhilFrance: Feel French!”

The celebration consists of various arts and culture activities—including the Bamboo Organ Festival (Feb. 16 to 22) and the French Film Festival (June).

“When you say France, people usually think of fashion and food,” he noted. “We want to present a larger portrait of our country—to include other aspects like technology and education.” A Global Women’s Forum will also be set in Manila in December.

In this regard, the new Miss Universe can very well pitch in, he said.

She comes from Lille, a city that is known as an education hub. Mittenaere, who is on her fifth year in dentistry school, hopes to include dental care for children among her pet advocacies, apart from the pageant’s ongoing campaign on AIDS awareness.

“She has become our ambassador and biggest supporter,” Mathou said of Mittenaere. “She told me that she will come back and help us organize a big event. We hope to make this festival an annual celebration.”