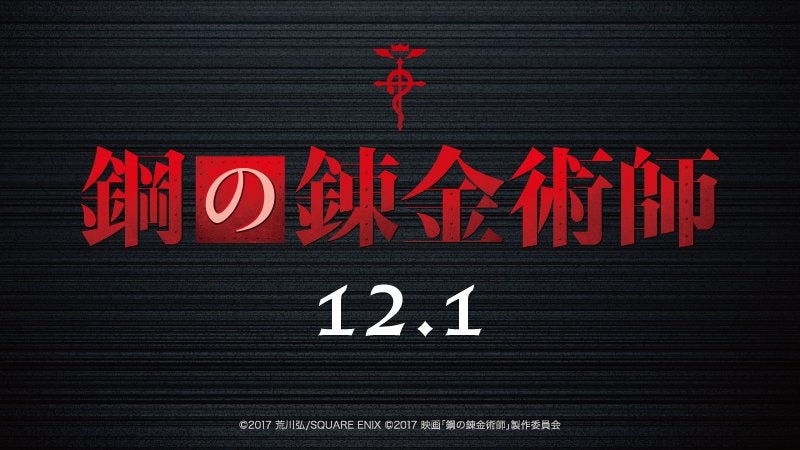 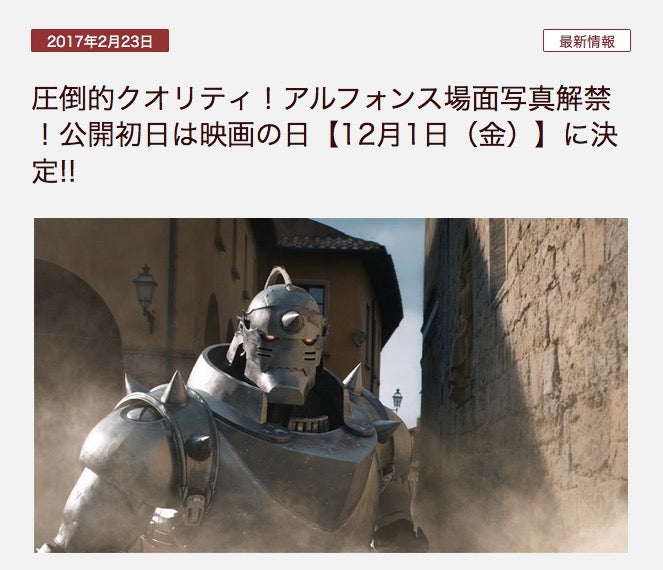 Anime News Network reports that along with the announcement, a still photo of Alphonse Elric (little brother to Edward Elric) was released, in all his armored CG glory. He certainly looks very accurate to the source material, while the earlier-released trailer gives hope about the CG effects of the movie.

Directed by Fumiko Sori (live-action Ping Pong), he expressed his desire to stay true to the source material. Sori said, “I want to create a style that follows the original manga as much as possible. The cast is entirely Japanese, but the cultural background is Europe. However, it’s a style that doesn’t represent a specific race or country.”

December is still a long way off. Unless they opt for a world premiere similar to anime movie Sword Art Online: Ordinal Scale which had a special screaming just last February 18, English speaking fans will probably have to wait until early 2018 for a subbed version to play at their respective countries. Alfred Bayle/JB