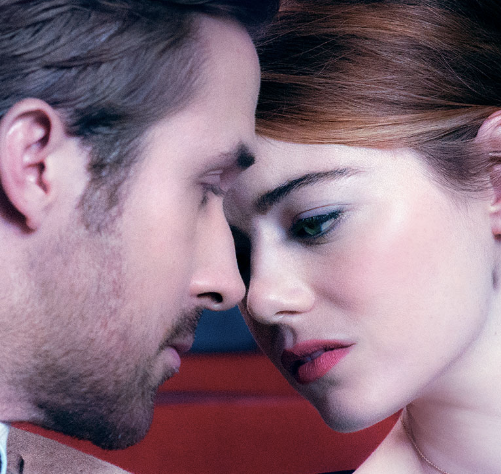 Could “La La Land” make history as the movie with the most Oscar wins of all time? Could Meryl Streep take home her fourth golden statuette? And could Barry Jenkins be the first Afro-American director to be honored by the Academy? Here’s why the 89th Academy Awards, to be held Sunday, February 26 in Los Angeles, could be a record-breaking affair.

On Sunday evening, the picture (which stars Ryan Gosling and Emma Stone) could at best leave with 13 gongs (the movie is nominated twice for Best Original Song). Across-the-board wins would see the movie beat the current 11 Oscars record achieved by “Ben-Hur” in 1960, “Titanic” in 1998 and “The Lord of the Rings: The Return of the King” in 2004. At the moment, Peter Jackson’s movie is the only film to score a full house, winning 11 Oscars out of 11 nominations.

“La La Land” could also become the fourth movie to pull off the “big five,” taking the prize in the five major awards categories (Best Picture, Best Director, Best Actor, Best Actress and one of the Best Screenplay awards). It would join previous “big five” winners “New York-Miami” (1935), “One Flew Over the Cuckoo’s Nest” (1976) and “The Silence of the Lambs” (1992).

Similarly, Damien Chazelle could break a 76-year-old record to become the youngest ever Oscar-winning director. The American filmmaker will be just 32 years and 38 days old on the evening of the 89th Oscar’s ceremony, making him 242 days younger than Norman Taurog, the current record-holder with a 1931 win for “Skippy”.

A 20th nomination for Meryl Streep?

Her portrayal of a talentless singer in “Florence Foster Jenkins” sees Meryl Streep shine once again with a record 20th Oscar nomination. The actress could take home her fourth statuette, equaling the legendary Katharine Hepburn, the only actress to have lifted the golden gong as many times in her career. However, the 2017 prize would be Meryl Streep’s third Best Actress Oscar, since her first win, in 1980 was in the Supporting Actress category for “Kramer vs. Kramer.”

Denzel Washington could also make Academy Awards history. The actor, who scooped an Oscar in 1990 for his supporting role in “Glory” and in 2002 for “Training Day”, could be in line for a third win. A win would put the actor on par with triple-Oscar-winning stablemates Jack Nicholson, Daniel Day Lewis and Walter Brennan.

For the first time in many years, seven actors of color have been nominated for Oscars in 2017, spanning each of the acting categories. Mahershala Ali is nominated for his performance in “Moonlight”, along with co-star Naomie Harris. Viola Davis and Denzel Washington have both scooped nominations for their roles in “Fences”, along with Octavia Spencer for “Hidden Figures”, Ruth Negga for “Loving” and Dev Patel for “Lion”.

But the real groundbreaker could be “Moonlight” director Barry Jenkins, currently the fourth Afro-American filmmaker to be nominated for the Academy Award for Best Director, after John Singleton (“Boyz N The Hood”), Lee Daniels (“Precious”) and Steve McQueen (“12 Years a Slave”). However, none of the director’s forerunners went on to win the prize. Could Barry Jenkins be the first to make Oscars history?