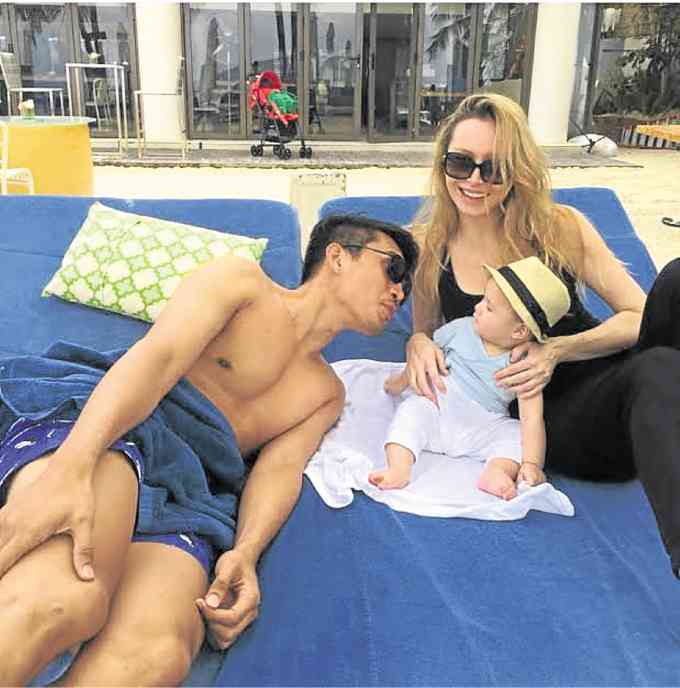 James Yap (left), and his baby MJ with girlfriend Mic Cazzola in Boracay

Netizens are raving about how sexy James Yap’s girlfriend, Mic Cazzola, is in their Boracay photos on Instagram. It’s been only six months since she gave birth to Michael James (MJ), yet Mic is already back in fighting form. The Italian charmer redefines “hot mama.”

Here’s my chat with Mic:

What was your diet and exercise to get back in shape? No diet, but I started my usual workout, a few weeks after delivery. Weights, mainly.

Would you be willing to pose for a sexy pictorial for magazines? I don’t like to show too much skin in a provocative way. Photos at the beach in a swimsuit are OK, but I don’t want to embarrass my family with a provocative, sexy shoot.

What was your birthday gift to James? Still need to buy a “metrical” one! The main gift is the gift of time.

Tell us the latest about Baby MJ. Our Boracay holiday for Valentine’s was his first trip to the beach. He had a good time, walking on the beach. I let him touch the water. He was curious about his surroundings. It was the first time, also, that he interacted with another baby (Amanda Tiu, daughter of James’ teammate, Chris Tiu).

What’s the latest about your friendship with Kris Aquino? I like people like her, with many interests. I greeted Kris on her birthday. 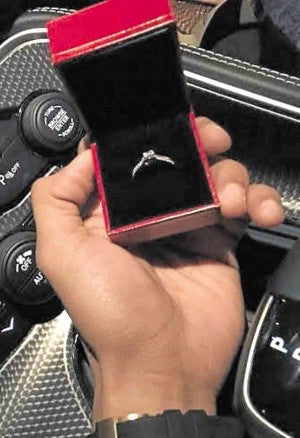 How uncanny that PBA heartthrob Terrence Romeo posted a pic of an engagement ring on his Instagram account (@tbvromeO7) around the same time that his longtime rumored “ex-special someone,” Vice Ganda, tearfully recalled his affair with an “unidentified ex” via spoken-word act during his V-Day concert at the Big Dome.

Some netizens are wondering who Romeo’s mystery fiancée is? A bitchy fan commented, “If he really is engaged, he should be proud of his girl and post their pic together. Why the secrecy? Or is it just to downplay rumors about his past with Vice?”

People who watched Vice’s concert insisted that the comedian was most likely referring to Romeo in his “hugot-filled piece” where he used basketball lingo, such as “three-point shot” and “crossover.”

Vice also said that his ex called her “Juliet” before they had agreed to part ways after getting tired of hiding their relationship from the prying eyes of the public.

Although both Romeo and Vice have denied the rumors about their past, the buzz hasn’t died down.

Ah! For there never was a rumor of more woe than this of Vice and his (alleged) Romeo. 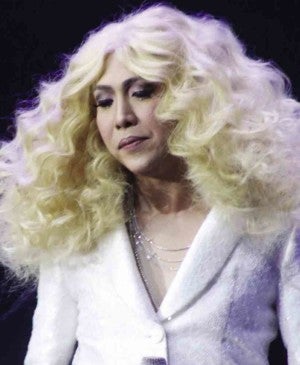 Vice Ganda onstage at the Big Dome —Photo courtesy of viceganda.ph and TeamVicePH

Globe Telecom (GT), in partnership with The Walt Disney Company Southeast Asia, is launching a digital reality series, “Disney Princess: I Dare to Dream,” which will premiere on Feb. 25 on GT’s YouTube channel and on idaretodream.ph.

In the web series, six talented girls will be staying in a house where they will be mentored to reach their dreams. Only one girl will be chosen to walk down the red carpet at the Tokyo premiere of the live-action adaptation of “Beauty and the Beast.”

To cap the girls’ journey, they will star in a concert with their coach, Lea Salonga, and other artists on March 22 at the SM MOA Arena. Lea’s advice to the aspiring Disney Princesses is to embrace their “inner weird.” Listen up, girls. Her majesty has spoken!