‘Humayo’ screens in the United States 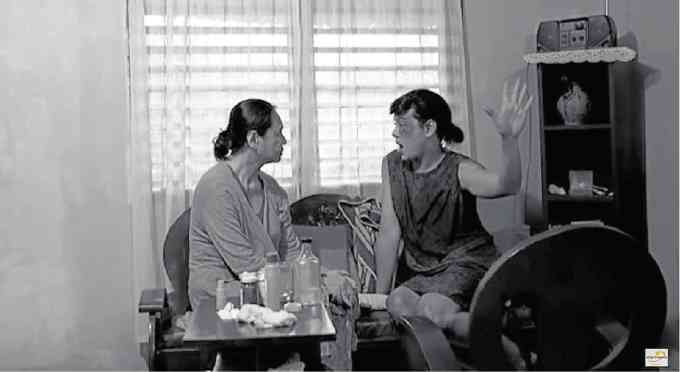 Filipino filmmaker Lav Diaz’s Venice-winning “Ang Babaeng Humayo” finally had its premiere in the United States — at the Francesca Beale Theater in New York and under the auspices of the Lincoln Film Society, no less.

The screening was held on Feb. 18, as a preview of the scheduled run at the Lincoln Film Society on May 19.

The Lincoln Film Society’s website describes this “Tolstoy-inspired epic…[as a] story of revenge deferred.” The site also quotes Film Comment critic Olaf Moller, who hails “Humayo” as “a meditation on the nature of Goodness in a world of deceit and corruption.”

The site asserts that the film “functions as a slow-build tale of urban theater and class warfare, and a sensitive expression of family and forgiveness.”

“Humayo,” which won the Golden Lion at the Venice film fest last September, will also be shown at the Harvard Film Archive on March 4.

On the Harvard website, critic Haden Guest calls “Humayo” a “magnum opus…a formally stunning durational epic of resistance that uses its extended length to render vivid the hard struggle for dignity and survival fought by Filipinos during the long…brutal reign of the Marcoses.”

While “Humayo” marks Diaz’s return to familiar territory previously and “powerfully explored” in acclaimed masterpieces like “Ebolusyon ng Isang Pamilyang Pilipino” (2004) and “Mula sa Kung Ano ang Noon” (2014), it also evinces a distinct departure “from the choral and multicharacter focus” of his other films.

According to Guest, “Humayo” allows veteran actress Charo Santos-Concio to take “mesmerizing center stage,” delivering “an iconic performance” in the process. The critic praises Concio’s portrayal as “a moving emblem of the long-suffering country.”

He points out that Concio’s “brave heroine gives hope that the most marginalized victims might find the strength to rise and challenge, and perhaps even change, the abuse of power that continues to destroy lives and livelihoods, not only in the Philippines, but also in all countries, the US included, now twisted by the new rise of fascist demagoguery.”

Guest remarks that Diaz “again poignantly demonstrates the unique history lessons that cinema alone can teach, not by restaging known, recorded events, but by patiently evoking the quotidian, quiet resistance of citizens unwilling to ignore injustice and indignity.”

Diaz, who is a fellow of the Radcliffe-Film Study Center at Harvard, will present and discuss the film at the screening.