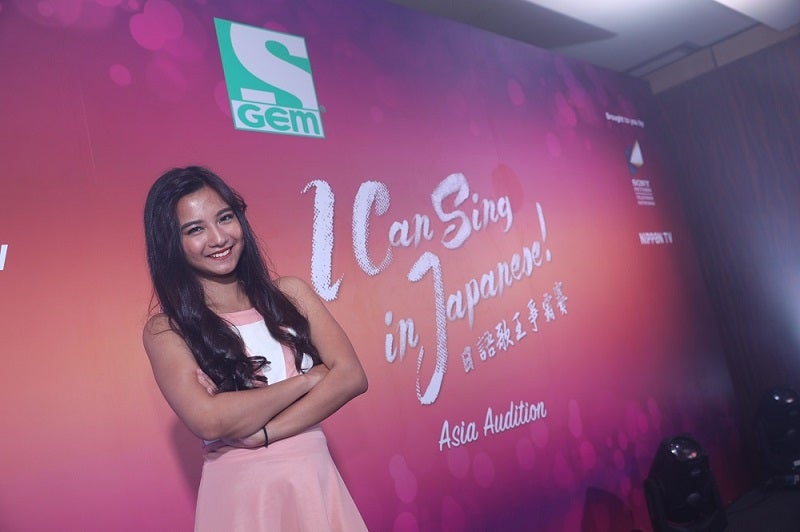 Krissha Viaje to compete in ‘I Can Sing in Japanese.’ Photo credit-GEM and Nippon TV

A Filipino made it to the finals of a Japanese singing competition after besting 11 other contestants from Asia.

Krissha Viaje from the Philippines will compete in Nippon TV’s “I Can Sing in Japanese!” after her successful audition in Singapore. She bested other hopefuls from Cambodia, Hong Kong, Indonesia, Malaysia, Singapore and Thailand.

In her audition, Viaje, a longtime fan of Japanese shows, delivered a soulful rendition of the song “Precious” by Yana, theme song of the movie “Limit of Love Umizaru.”

Yuji Gobuichi, the Japanese director and creator of the program, said: “We are very impressed by the immense talent we have seen in the entries from Asia.  I believe that Krissha is the next big thing in the making and that the rest of the contestants are also ready to take on other global singing competitions.”

“I Can Sing in Japanese” features non-native Japanese speakers who have passion for singing Japanese songs. The contestants are judged based on pronunciation, singing skill and emotional impact.

The show is slated for filming later this year.

“Singing in Japanese is not easy so we were surprised by the high quality of entries across South East Asia.  The overwhelming response from aspiring singers reflects the popularity of Japanese pop culture in this region,” said Virginia Lim, Senior Vice President & Head of Content, Production & Marketing, Sony Pictures Television Networks, Asia.

“On behalf of GEM, I congratulate Krissha on being crowned the Asia finalist and wish her every success for the final round of I Can Sing in Japanese! in Tokyo. GEM, together with our partner and leading content producer, Nippon TV, will continue to deliver the latest entertainment from Japan and bring our viewers more on-ground, interactive experiences that will deepen their connection to Japan,” she added. YG/RAM