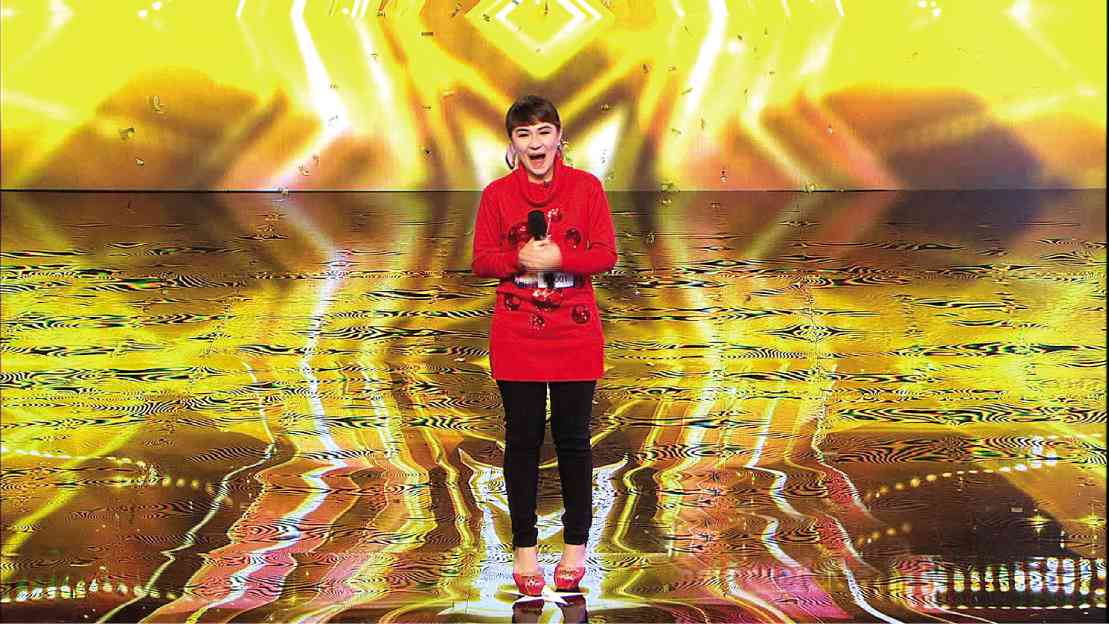 “I wasn’t sure they’d like my performance, but right after singing, I was very surprised by the reactions that I got from the judges and the audience,” said Filipino “Asia’s Got Talent” contestant Gerphil Geraldine Flores in an e-mail interview.

The 24-year-old classical singer got the coveted “Golden Buzzer” approval, automatically sending her to the semifinal round. This, from “one of my favorite artists,” judge David

Foster, in the April 9 episode of the talent tilt that airs on cable channel AXN. Each of the four judges gets to use the “Golden Buzzer” only once.

“You certainly did not disappoint anybody in this room. It was a really solid performance and your pitch was great,” the seasoned music producer-composer said after Gerphil’s rendition of “Speak Softly, Love.”

Gerphil, who admitted to being “super-nervous” prior to her number, likewise wowed judges Melanie C, Anggun, and Van Ness Wu.

The singer from Parañaque City told the Inquirer that she was also tense during the screening process. “I was asked to submit a two-minute minus- one [recording] for the judges audition before we traveled to Singapore. When we arrived, all acts were gathered in a big holding room. This was where we waited for our turn to go onstage and it was on the audition day itself that I was informed who the judges were.”

To her surprise, one of them was the aforementioned producer. “I was really shocked to [learn] that David Foster was one of them. It has always been my dream to sing [before] him. At the same time, I was very nervous—my confidence level was very low,” she said. “The judges are international entertainment industry icons.”

Gerphil said she is learning to be more secure of her talent and identity, especially at this intensely competitive stage: “It’s very important to stay who you are, and you have to believe in yourself. This competition is tough and the only reason for you to fail is if you doubt your talent.” 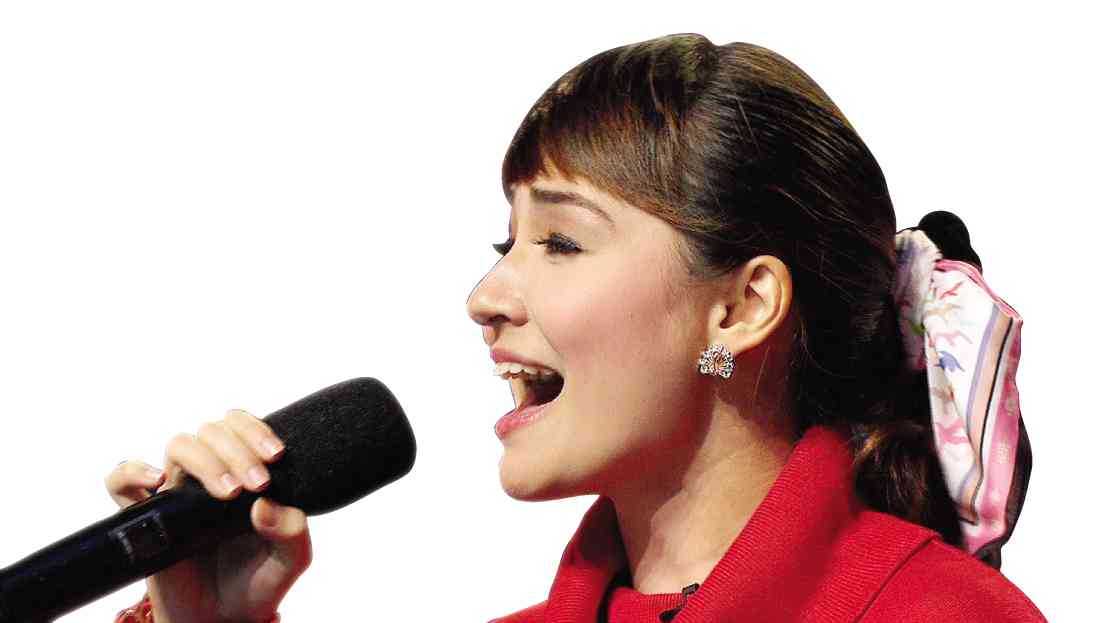 Growing up in an artistically appreciative home, Gerphil said, exposed her to different types of music. “It was a simple and yet happy atmosphere; music kept it alive,” she recounted. “We listened to all kinds of music—country, pop, Broadway, jazz and even rock. But it was classical music that really got my attention. I got hooked.”

Two artists stood out, she said: “Josh Groban and Andrea Bocelli… they both sing with so much passion and their dedication to their work is incredible.”

Win or lose, Gerphil said, she ultimately aspires to entertain, “to perform around the world and represent the Philippines as a classical/crossover singer and, hopefully, become an international recording artist.”

To aspiring singers, she advised: “Believe in yourself, never give up and if you must dream, dream big!”

(“Asia’s Got Talent” semifinals air Thursdays, 8:05 p.m. on AXN. Grand finals are on May 7; grand finals results are on May 14. For voting details, visit http://asiasgottalent.tv/vote/.)