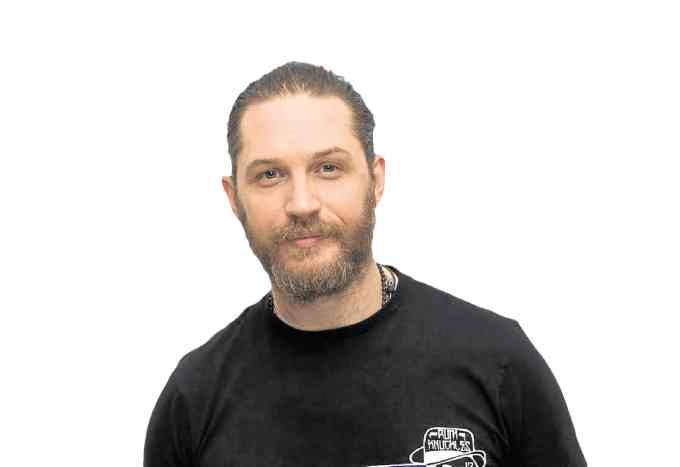 LOS ANGELES—Imagine Tom Hardy as flamboyant rock icon Elton John in “Rocketman.” And in what Tom himself described as being on the opposite side of the spectrum, he will play legendary gangster Al Capone in “Fonzo.”

The British actor, one of the finest of his generation, gave us an update on those two projects. He will be a busy man in the next few years. Following the huge success of “Mad Max: Fury Road,” Tom will return as Max Rockatansky in George Miller’s coming installment in his franchise, “Mad Max: The Wasteland.”

The Oscar best supporting actor nominee for “The Revenant” costars with Channing Tatum in “Triple Frontier” and is rumored to make a cameo appearance as a Stormtrooper in Rian Johnson’s “Star Wars: Episode VIII-The Last Jedi.” He has finished Christopher Nolan’s World War II drama, “Dunkirk.”

As if he isn’t busy enough, Tom found time for “Taboo,” an eight-episode TV miniseries which he stars in and cowrote with his dad, Edward “Chips” Hardy, and Steven Knight. The BBC One drama, produced by Ridley Scott, centers on James Delaney (Tom), an adventurer who returns from Africa to 19th-century London to avenge the death of his father.

A grimy Tom animates the series, aired on FX in the United States, as his character wades through swamps in Africa to the muddy banks of the Thames, and eventually builds his own shipping empire.

In our talk below, Tom opens up about his relationship with his father, with whom the 39-year-old had rough times in his troubled youth, when he had alcohol and drug abuse problems and spent nights in jail for disorderly conduct.

These days, Tom has become a doting father himself. One of the many tattoos he sports is an Italian phrase, “figlio mio bellissimo.” “It’s for my beautiful boy,” he explained with a smile. “That is Louie. I have it (tattoo), so I remember, ‘Oh, I have got a boy!’”

Louie, born in 2008, is his son with ex-girlfriend Rachael Speed. In October 2015, he and his wife, actress Charlotte Riley, welcomed a son.

Can you give an update on your Elton John and Al Capone projects? The Al Capone project is this year. The [one about] Elton John is on a waiting status. That would make a nice set of characters for me. “Fonzo” (the title of the film and the nickname of Capone, whose full first name was Alphonse) and Elton John are good bookends in many ways. Just to watch them tonally is a cinematic experience.

They are completely on the opposite ends of the spectrum. But they’ve similar energy in the delivery. Not the people necessarily, but the tales. I like those two pieces, and they’re on the radar.

You were estranged from your father when you were a teen. Now, you’re collaborating with him. How has your relationship changed? There was a line between us that was drawn when I was 21 to 25 years of age. I’m now (almost) 40. So, a lot of water has been under the bridge from being a child and now being a father myself. My relationship with my father has inexplicably changed.

I had a profound sense, being an only child, to want to impress my father as a young boy. I probably still do, to this day, as a man. Though things have changed, because we have had the opportunity to genuinely work together and not just talk about it. It’s a hugely cathartic experience, considering where we came from. 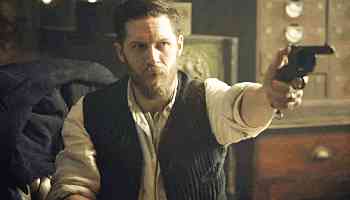 That aside, working with my father is brilliant because we have a shorthand, inasmuch as we have the ability to talk, deconstruct or play with ideas, because both of us, to a degree, consider ourselves artists in that field. He is a writer and I am an actor.

When we work together, it’s not like father and son. I know he is my father so I have loyalty to him, regardless. But working with him, there has been no experience for me where any family issues or anything like that, ever walked into our workspace.

There’s like my dad and then there is Chips. So it’s strange. I talk about my father at work as either Dad or Chips, depending on what hat I’m wearing.

It (parenting) is hard. But it’s the most rewarding thing I’ve done in my life. It’s a profoundly complicated and special relationship. In parenting, you don’t have a guidebook.

Has working on a TV series given you more time to be with your family? Obviously, I get to work with my father, and I get to be home with my family, too, which is a huge bonus for different reasons. The work was such that we just had a little one born three weeks before we started shooting. So it was a busy six months.

At home, it took off a bit of pressure from being away from the family. It was the perfect recipe for a “catastrophe”—we had a great TV series that we had never done before and a newborn baby who had never been here before (laughs). So it was a full year last year.

Did you have a new tattoo after the birth of your second son? I didn’t. I have been advised—no more tattoos (laughs).

Was your last tattoo the one custom-designed by Leonardo DiCaprio after you lost a bet with him, where he wagered that you will earn an Oscar nomination for “The Revenant?” No, I haven’t gotten Leo’s tattoo yet. I am sure that is to come. I’ve actually got quite a few that I really want (laughs). But I have been strongly advised not to by the long-haired general.

How did you cope with being covered in mud? It was very important for us to get a grittier feel to the period, because it was grimy and dirty back then. I would imagine that there was very low light, and there weren’t sanitary cleaning products as there are today. I love to feel that as much as possible.

You look at “The Revenant” and you saw how far Alejandro (Iñárritu, director) pushed it with black wax, filth and muck. We want to immerse the audience as best as possible in the experience. So (in this series) that was a clear tone among baroque and beautiful splendor. Amid such opulence, gold and gilt and colors, there was this grime, murky and swampy London at the time, as well.

So that shower at the end of the day was worth it? Oh gosh, yes. But the mud wouldn’t come off (laughs). After six months, it stayed on for a couple of weeks afterward. It was like “Mad Max.” It took about a month to get all of the sand out.

Read Next
‘Festival’ of ‘fierce’ portrayals by senior stars
EDITORS' PICK
What to watch out for when selecting a video surveillance solution
Palace warns sugar hoarders after raid on Pampanga warehouse
Metro Manila’s COVID-19 cases on downward trend, but surge not over — OCTA
Look Through: The fate of impounded stray dogs
House energy committee chair Arroyo bats for cheap electricity
Unleash the photographer in you this World Photography Day with vivo smartphones
MOST READ
LOOK: Miel Pangilinan dazzles in glittery pre-debut shoot
Man abducted in Batangas gasoline station, found dead in Quezon
August 19 a special non-working holiday in Quezon City
Palace warns sugar hoarders after raid on Pampanga warehouse
Don't miss out on the latest news and information.