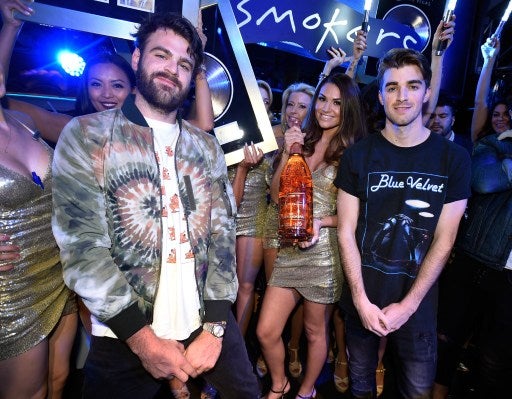 NEW YORK—Dance music sensations The Chainsmokers, who have created a streak of hit songs released as singles, announced Monday that they were finally planning an album.

The New York duo had earlier been bashful about whether they would ever put out an album, reflecting the declining importance of pop music’s long-dominant unit in the age of streaming.

The Chainsmokers announced the album, to be released at an undisclosed date this year, as the duo unveiled a 40-city tour of North American arenas to start in April.

In a statement from their label, The Chainsmokers cast the move as a response to fans, saying they were waiting to see if their audience wanted an album and decided to record one “in response to popular demand.”

The project was not entirely a secret as Coldplay front man Chris Martin last week on Twitter mentioned an upcoming Chainsmokers album and, without explaining his involvement, said he “loved” the songs.

The Chainsmokers have frequently collaborated with stars. “Closer,” which features millennial-generation heroine Halsey, went to number one last year on the mainstream charts in the United States, Britain and several other countries.

The album concept has been particularly fluid in dance music and hip-hop. Chainsmokers member Alex Pall said in an interview in mid-2016 that the duo — which has put out “extended plays” with multiple tracks — had been contemplating the point of an album.

“For us, dance albums suck; they are more compilations more than anything,” he told Teen Vogue. “We want our album to reflect a moment in time for us, to tell a story.”

The Chainsmokers: You got our motherf**king backs, and we got yours!

7 things you didn’t know about The Chainsmokers