Nora Aunor: ‘Oro’ script called for dog to be clubbed to death 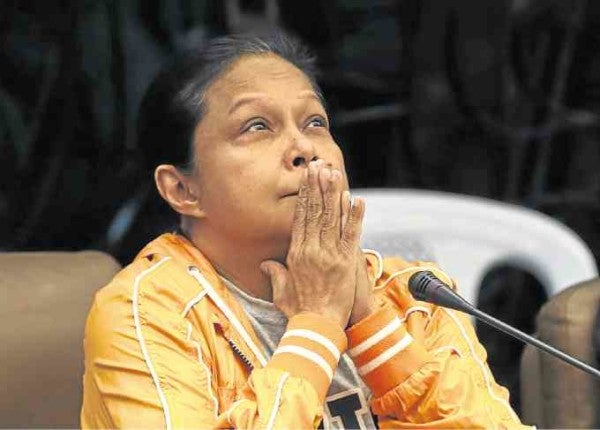 Superstar Nora Aunor confronted on Tuesday the director of the controversial film, “Oro,” calling him a liar to his face twice over his defense of killing a dog in the movie. She also complained about her hasty departure from the movie where she was first cast in the lead role.

The controversial killing of a dog in “Oro” became the highlight of the first hearing of a Senate resolution seeking for the Metropolitan Manila Development Authority (MMDA) to create a separate film festival for independent films.

Indies dominated the Metro Manila Film Festival (MMFF) last December, but theater owners complained that they earned less last Christmas season compared to previous editions of the festival because of the recent entries’ poor showing at the box office.

This prompted Senate Majority Leader Vicente Sotto III to file Senate Resolution No. 257 seeking to hold a separate film festival for indie films, this time during the long semestral break, as he had noted that the objective of the MMFF was for its entries to earn, because part of the proceeds goes to certain beneficiaries, including the local film industry.

Sotto reiterated this at the hearing on Tuesday called by Sen. Grace Poe, chair of the Senate committee on public information and mass media. He also proposed that the films of the MMFF should be distributed nationwide.

MMDA Chair Thomas Orbos welcomed Sotto’s resolution, but on the proposal that the festival should go national, he asked that it should still be held in Metro Manila.

The controversy of “Oro” was raised by Poe when she asked its director, Alvin Yapan, whether a dog was indeed killed in the movie. The Poe family had to withdraw the FPJ Memorial Award (named after the senator’s late father, Fernando Poe Jr.) that was given to “Oro,” following the controversial killing of a dog in the movie.

Yapan said no dog was killed for the movie, but Aunor, who was in the hearing, butted in and said that the director was lying, because she has two copies of the script that called for the killing of a dog.

Aunor explained that she was first hired to play the role of Kapitana, which eventually went to Irma Adlawan. She said she had already shot some scenes, but she was eventually removed from the movie.

“The one who was supposed to kill the dog was John Rendez, but he objected to it and was (subsequently) removed from the movie. Then, they also removed me,” Aunor said. She said she was present when Rendez was told by the filmmakers to kill the dog. The script called for it, she said.

Poe said that the production may not have intentionally killed the dog, but a dog was in fact killed in the shooting of the movie.

“That’s why he is not telling the truth. He is lying,” Aunor said. “It’s in the script that the dog would be placed in a sack and clubbed to death. It also called for the dog’s insides to be cut off,” Aunor said.

Yapan said Rendez was asked to play a role of an environmentalist, but did not call for him to kill the dog. He also said Aunor and Rendez were not included in the movie scene with the dog.

“Oro” producer Mark Shandii Bacolod said Aunor was the original actor for the movie, but they had to take her out of the film because of scheduling problems and “difference of vision with the director.”

Bacolod said Aunor felt bad because they weren’t able to talk to her personally. She said the producers did not inform her that they were replacing her. She said she should have been shown some respect, having been in the industry for close to 50 years now.

Yapan said that they didn’t commission anyone to kill the dog, as it was going to be killed for a wake in the barangay where they shot the movie.

“You also condoned it, because you knew in the script that a dog would be killed,” Poe said.

Yapan said the dog was clubbed in the head only once, and that they did not film this.

Aunor butted in again and said Yapan was a liar, because the movie script called for the dog to be clubbed until it dies, and that the director followed the script.

“I will not allow him to lie,” Aunor said.

Poe asked Yapan to apologize to the public for killing the dog, and the “Oro” director said he will “continue to apologize for offending a lot of people and sensibilities” for showing the scene in the movie.

“But I’ll also repeatedly say you should understand where I’m coming from…that I didn’t do this to piss off people. This is a reaction to what’s happening in society,” Yapan added.

He said he respects the passion of the animal rights group, and it was OK that this was being discussed, but he pleaded that he shouldn’t be destroyed in social media.