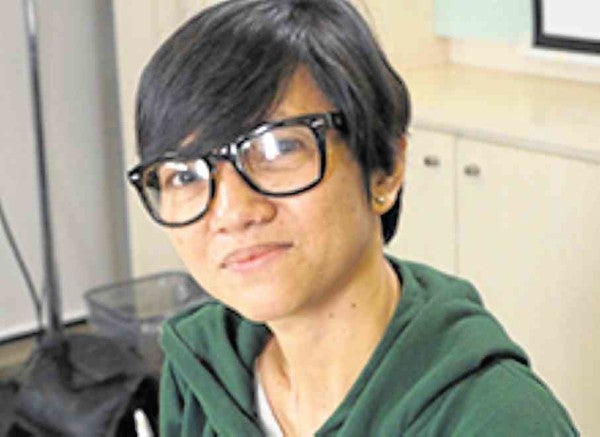 News that “The Super Parental Guardians” has just become the top-grossing Filipino movie production of all time (making P600 million at the tills, and counting) has suddenly pushed its maker, Joyce Bernal, to the head of the directorial hit parade.

Aspiring directors would do well to study her career arc, because she’s one of the few filmmakers we have who has been able to come up with very popular movies, while still occasionally scoring “quality” points.

Still in her 40s, Bernal has come up with creditable films like “Everything About Her” with Vilma Santos, “Bakit Hindi Ka Crush ng Crush Mo?” with Kim Chiu and Xian Lim, “Of All the Things” with Aga Muhlach and Regine Velasquez, “Kimmy Dora” with Eugene Domingo, “Segunda Mano” with Kris Aquino and Dingdong Dantes, and “10,000 Hours” with Robin Padilla.

Yes, she’s also megged some clunkers, but her best efforts indicate that she could come up with her “career-best” production before she turns “golden.”

Bernal’s “better” movies benefit from her early training and work as a film editor, imbuing her storytelling with more expressive and striking visuals, as well as dynamic tempo and “pulses.”

Another acclaimed director who placed great importance on editing was National Artist Eddie Romero, who worked closely with his editor in postproduction.

So, new filmmakers should learn not just how to write and tell a good and gripping story, but also master the allied craft and act of film editing.

Bernal has also been cited as a good developer of thespic talents, encouraging the starlets she handles to “stretch” their abilities, so they can come up with stellar portrayals.

The latest beneficiary of her thespic “touch” is tween comer Awra Briguela in “The Super Parental Guardians,” who “blooms” into a confident and versatile performer under his director’s mentorship.

So, aspiring filmmakers should also go out of their way to learn how to handle actors, to figure out their strengths and weaknesses, and help them expand their range and reportoire of characterizations and thespic styles.

Aside from Awra, Bernal’s latest movie has enhanced the careers and stellar “K” of its stars, Vice Ganda and Coco Martin.

Bernal adds to Vice’s comedic cachet by sometimes requiring him to drop his signature sassy and flashy shtick, in favor of some occasionally felt, insightful and “humanizing” moments.

They enable viewers to more fully understand and empathize with the florid character he portrays.

Coco Martin similarly benefits from Bernal’s “expansive” mentorship: She “forces” him to drop his “shining hero” stereotype made even more popular on TV’s “Ang Probinsyano,” and replace it with a gruff and rough “street-smart” persona.

Given Coco’s “indie” roots, the character is like the actor’s “coming-home” adventure, and he clearly enjoys the nostalgic trip.

We’re glad that “Bb. Joyce” has become a popular megger and mentor.

As she matures in her craft and art, we urge her to come up with her most significant film later this year, to cap her currently high-flying season with a suitably superior production that will definitely establish how high and far she’s come.