Jake-Angeline starrer lays its predictable contrivances on with a trowel 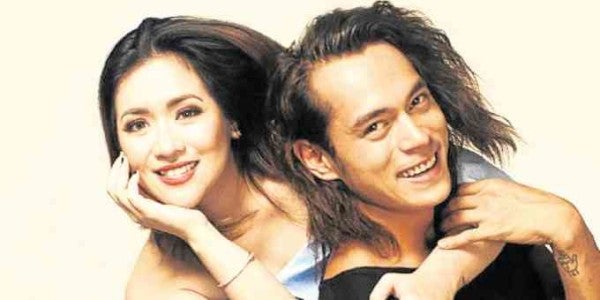 There’s nothing foolish about man’s craving for love and affection, even when a film about it lays its predictable contrivances on with a trowel.

“Foolish Love,” Joel Lamangan’s offbeat and thematically quirky rom-com—about Virginia Dimaculangan (Angeline Quinto) and her desperate search for the One That Got Away—is inherently likable and relatable because of our constant need to connect with others. That may sound cheesy to some viewers, but try doing away with people you feel strongly about, and you’ll know what we mean.

But Virgie takes her romantic mania to the extreme when she actively pursues men with disparate persuasions and clashing intentions—they’re either “sexually conflicted” (Jayson Gainza) or “charmingly opportunistic” (Ejay Falcon)—and, with the sound of her biological clock ticking louder by the minute, the 30-year-old beauty-product agent is at the end of her rope!

Then, Virgie meets a mysterious stranger (Jake Cuenca) who sweeps her off her awkward feet with passionate kisses when he isn’t reciting atrociously written poetry. Is it a match made in kooky  heaven?

Angeline is just as ill-equipped at delivering poems and romantic verses as Jake, but if you don’t want any more headache, it’s wiser to take the path of least resistance, suspend disbelief that screen lovers are always more-than-proficient at spinning shopworn rhymes and cliches when they’re in love, and desist from imposing our “basag-trip” cynicism while their heads are in the clouds.

Twice-bitten, thrice-shy Virgie takes her cue from her gay ex-lover with the mantra, “Confusion is the beginning of wisdom”—and that’s all to the  good. But in “Foolish Love’s” case, there’s no letup in the confounding inability of its lead and supporting actors to make their performances believable or credible, except perhaps Cai Cortez who, along with “Pinoy Big Brother’s” Miho Nishida, portrays Angeline’s BFF.

Beside Cai, Angeline, Miho and her perpetual consort Tommy Esguerra look as green as newly plucked pechay (Chinese white cabbage) leaves. And, as Kermit the Frog would readily tell you, it isn’t easy  being green.

Despite her limited screen time, Jackie Lou Blanco turns in a moving performance as Jake’s grief-stricken mom. And in a predominantly decorative role, Anjo Damiles (as big boss Vangie Labalan’s handsome son Erickson, who’s smitten with Miho’s character) impresses—but, there’s work to be done. He has to learn proper vocal projection and modulation, because his occasionally high-pitched voice dilutes his otherwise appealing turn.

We have followed the ToMiho tandem’s love story since it blossomed in the “Pinoy Big Brother” house. But the attractive duo is poorly utilized in the film. It fails to capture the potent chemistry that made them tick and click in the reality show.

When Tommy and Miho deliver their lines, they have neither confidence nor conviction.

Case in point: Listen to Miho use “quotidian existence” in a sentence, and you’ll understand the “thespic disconnect” we’re talking about. For the meantime, what they need are reliable acting coaches who can put them through their thespic paces and stretch them beyond their comfort zones.

The movie has its appealing moments, and you can hardly find fault with the ability of the prolific Lamangan—despite his well-meaning but largely uneven cinematic oeuvre—to tell a quickly paced story enhanced further by vibrant characters who make the narrative proceedings far from snooze-inducing.

Unfortunately, the film is compromised by tonal incoherence that makes the viewing experience episodic at best.

What about Angeline? As with her past films (particularly in the Cinema One entry, “Malinak Ya Labi”), she works hard but is weighed down by a perpetually woeful countenance and her singsong delivery.

The singer-actress looks like she’s always ready to burst into a show-stopping ballad. Worse, she’s grim-faced and indecisive, even when her character is supposed to be having fun. Actors need to adjust to the characters they portray, not the other way around.

Moreover, can somebody take shaggy-haired Jake and Morticia-channeling Tommy to the barber and get rid of those “feminine” locks and tresses, pretty please?

They’re supposed to be leading men, not characters from “Tarzan” or head-bangers from “School of Rock” and “This is Spinal Tap.” Just saying.