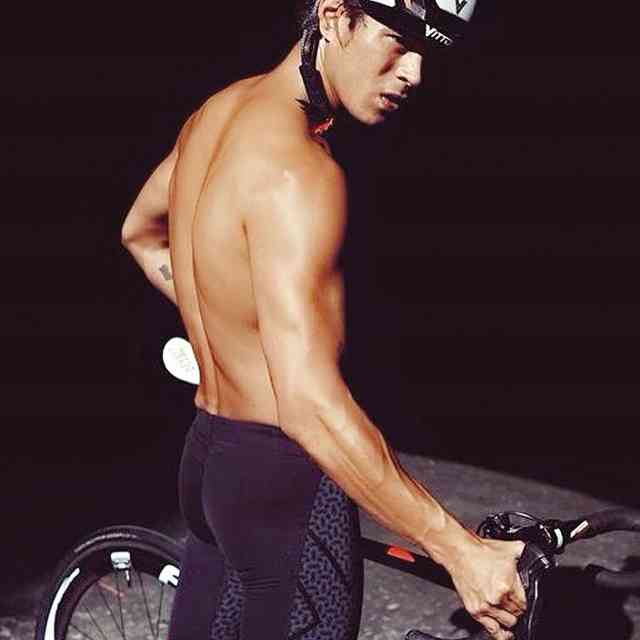 “I don’t just act my roles. I become my roles,” said actor Jake Cuenca who, in preparation for his latest TV project, has now become a full-fledged triathlete.

Jake will be joining his first triathlon in Subic on Jan. 29. “The first thing I did, which was also the hardest, was to quit smoking. Second, I didn’t know how to swim when I accepted this project. I had to learn how. Then, I had to change my lifestyle. No more staying up late at night to party,” Jake told the Inquirer.

He claimed to have done all these for his role as Carlos in the coming drama, “Ikaw Lang ang Iibigin.” He explained: “He is the No. 1 triathlete in the country. I said I’d be Carlos, and all my efforts had been focused on achieving that.

“I don’t want to subject myself to criticism. I don’t want people to say I’m merely acting out the role because I don’t have a triathlete’s correct running form.”

“I consider this project Godsent. Before this, there were certain things I wanted to change in my life. I’ve been partying for so long. I can’t do those things anymore because they will affect my body during the race, and my coach will know that I’m not giving my 100 percent. I’m now living my role,” he pointed out.

Jake noticeably lost so much weight. “I don’t know how much exactly, but I had to change in clothing sizes. I now appreciate this lifestyle. I think I will not let go of it for the rest of my life,” he declared. “I guess it also helped that I’m single, because I needed to invest a lot of time in this.”

Jake said this was not   the first time that he had to adjust for a role. For the 2014 period drama series, “Ikaw Lamang,” where he played Franco, the archrival of Coco Martin’s character Samuel, Jake said he had to transform “into an extrovert.”

For the 2013 Joel Lamangan film, “Lihis,” where he did a controversial love scene with Joem Bascon, Jake said that “for the duration of that movie, I was gay. My character isn’t flamboyant, but very feminine. I had to be very soft. I had to loosen up and be flirty.”

Jake is now promoting another Lamangan film, this time, a romantic comedy with Angeline Quinto, titled “Foolish Heart.” It will hit cinemas on Jan. 25.

“She was nervous, but I did my part to motivate and guide her. I made sure to hold her hand every step of the way,” he said.

“Direk Joel is the type who doesn’t hold back. When he tells you to do something, you have to do it. If you don’t want to, he’d question you for even agreeing to do the project.”