Edgar Allan Guzman: Shaira Mae and I aren’t living together 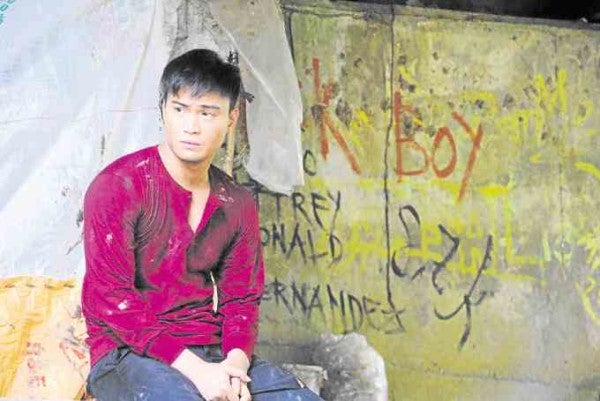 Actor Edgar Allan Guzman, who was spotted on a movie date with girlfriend Shaira Mae at a mall in Quezon City only less than a week ago, announced he had decided to “give up” on the relationship because it has become “so tiring.”

When asked to clarify this, EA, as he’s fondly called, simply told newsmen: “I’d rather not talk about that because I don’t want to read more writeups that could hurt my feelings.”

EA also denied rumors that he and Shaira Mae, a TV5 talent, were already living together. To prove his point, he  said: “Once our house is built, I will have it featured in a magazine to show that I’m really with my family.”

He admitted that in 2015, his girlfriend got jealous of his on-screen partnership with Maxene Magalona—first formed when they worked together in the talent show, “Your Face Sounds Familiar.”

EA said his experiences in 2016 taught him the importance of making long-term plans.

“I’m now focused on securing my family’s future. My mom isn’t getting any younger. I will give her the house that Daddy had promised her before he passed away in 2003,” declared EA. “My target is to build it beginning March.”

The previous year was  good for him, EA said. “Our TV series, ‘Doble Kara,’ has been extended. I signed a major endorsement deal in March. I got to work on two films, and I bought myself a new car (Ford Everest).”

At the press conference for his latest film, Joven Tan’s “Tatlong Bibe,” EA said it was unfair for people to say that  his career would have soared higher had he not prioritized his love life.

“I never let my personal life affect my work. If I did, I wouldn’t have shown up during tapings or out-of-town shows,” EA stressed.

He added that he was busy recording his next album, originally set for release in July 2016.

“Your Face Sounds Familiar,” now on its third season, features child performers. EA, who said contestant McNeal “Awra” Briguela is his favorite, shared this tip to kiddie contestants: “Enjoy what you’re doing while trying to learn as much as you can about the music icons you’re impersonating. If you get too conscious, that’s when you make mistakes.”