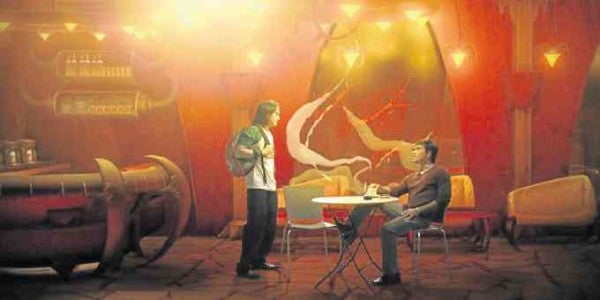 Filipino animators have been making their mark in big production houses abroad, working on hit features that benefit greatly from their innate artistry and creativity.

Ironically, however, our homegrown animators have generally had a hard time coming up with enough Filipino productions to make sufficiently big waves in the new resurgent field of feature-length animated movies.

From time to time, we do get to watch a locally produced animated feature—but, most of the time, it fails to live up to expectations.

Major drawbacks have been weak or obvious storylines, muggy colors, less than memorable visuals, too talky scripts, and insufficient funding and production time.

Despite these limitations, we continue to urge our animators to keep improving, due to their innate creative advantage, which should eventually make a major mark in the world of animation.

Since Filipinos are a combination of east and west, our hunch is that our “breakthrough” animated best bet would be a fusion of both seemingly contradictory but actually complementary thrusts—exotic and with-it, at the same time.

The good news this season is that such a “breakthrough” production has finally emerged, by way of “Saving Sally,” Avid Liongoren’s visually enthralling, thematically insightful and stylistically trendy cinematic creation, which has taken all of 10 years to end up on the silver screen, due to periodic financial constraints.

Given the lack of welcoming support for local animated features here, it’s a heroic best effort that deserves to be viewed by many people, because it heralds a bright, new coming of age for Filipino animators.

It even goes our imagined ideal template one better, because it doesn’t rely on Asian exoticism to come across as enticingly different. Instead, it’s as “globally” with-it as can be, with its trendy tale about the “delayed and derailed” affection between a certified nerd and artist (Enzo Marcos) and his best friend and  secret beloved, a lovely inventor and avenger (Rhian Ramos).

Its only major impediment is its “low and slow” storytelling, which could be right up nerds’ alley, but is too artfully phlegmatic for the mass audience.

The fact that it’s generally in English further distanced it from MMFF viewers—it failed to attract enough people, despite its obvious merits.

Despite this less than “hit” impact, “Saving Sally” is a major Filipino film achievement that deserves another, longer theater run. This time around, its promotional campaign should be more pertinently targeted at plugged-in viewers who will more properly appreciate and celebrate its many plus points, which go beyond its lovely, deft and droll visualization.

In our view, one of its key insights is that the world is populated by human beings and monsters—so, living and loving are nothing less than heroic acts of survival.

That’s a crucial cautionary warning that youths will especially benefit from. —By patronizing “Saving Sally,” they could very well be—saving themselves!