Aside from being one the biggest names in the hip-hop industry today, American rapper and songwriter Kendrick Lamar is a vocal advocate of promoting unity and equality through his brilliant music and lyricism.

The 29-year-old ‘Poetic Justice’ star, who also goes by the nickname K Dot, has designed a series of sneaker collaborations with Reebok, which aims to promote the movement to the youth.

“Now more than ever it is important for individuals to come together as one,” Lamar explained his latest project. “This sneaker represents that call for unity and equality, while also pushing people to look beneath the surface and uncover the hidden messages. This is something I try to do with my music, and now here with the Club C.”

The latest Reebok classic sneakers features a black and white acid wash print which, according to the hip hop artist, “represents equality within society and coming together as one,” while the embedded letters “K” and “O” are in red to represent his monicker “K Dot.” 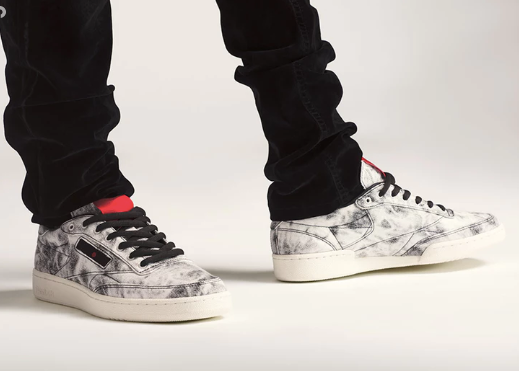 Lamar became Reebok’s brand ambassador in 2014, and described his goal to give “way for people across the world to put their differences aside and come together.”

His previous fashion endeavours with the company paid homage to his hometown of Compton, California with the ‘Ventilator OG’ sneaker, while the Classic Leather model named ‘Perfect Split’ encouraged peace among rival street gangs. Khristian Ibarrola