Ariana pours out frustrations over ‘sexist’ fan on Twitter 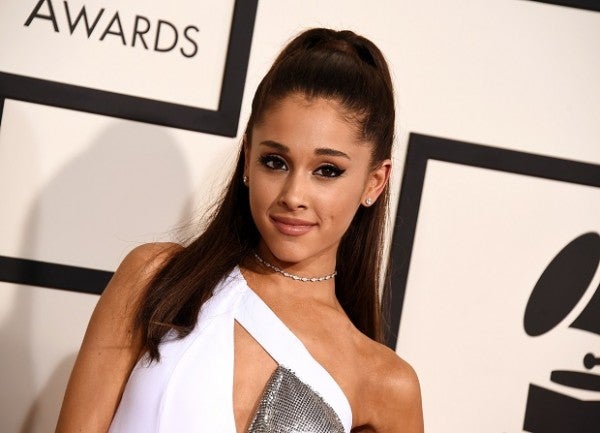 Ariana Grande has unleashed her inner frustrations on Twitter regarding her recent encounter with a “sexist” fan.

Based on her story posted on Twitter on Wednesday, the “Dangerous Woman” singer was with boyfriend Mac Miller grabbing food when a male fan of Miller yelled at them and nearly followed them to their car. “He was literally almost in the car with us. I thought all of this was cute and exciting until he said ‘Ariana is sexy as hell man I see you, I see you hitting that,’” she penned on her Tweet.

Grande, 23, said that she felt “sick and objectified” upon hearing the fan’s remarks.

“I am not a piece of meat that men gets to utilize for his pleasure,” she wrote. “I’m an adult human being in a relationship with a man who treats me with love and respect.”

She reiterated that these sexist comments added up to women’s “sense of fear and inadequacy.” “It hurts my heart that so many young people are so comfortable enough using these phrases and objectifying women with such ease,” she lamented.

She wrapped up her anecdote with a persuasive message for her female fans: “We need to talk about these moments openly because they are harmful and they live on inside of us as shame. We need to share and be vocal when something makes us feel uncomfortable because if we don’t, it will just continue.”

Grande spent time upholding her beliefs after several Twitter users gagged her for her “sensual” music videos. “Expressing sexuality is not an invitation for disrespect! Just like wearing a short skirt is not asking for assault,” she whined back. Gianna Francesca Catolico

seeing a lot of "but look how you portray yourself in videos and in your music! you're so sexual!" …. please hold.. next tweet… i repeat

expressing sexuality in art is not an invitation for disrespect !!! just like wearing a short skirt is not asking for assault.

@xxTirzaJessxx by the way i am not fighting w you. it's an important conversation & i'll be as loud as i need to be til people understand. ♡