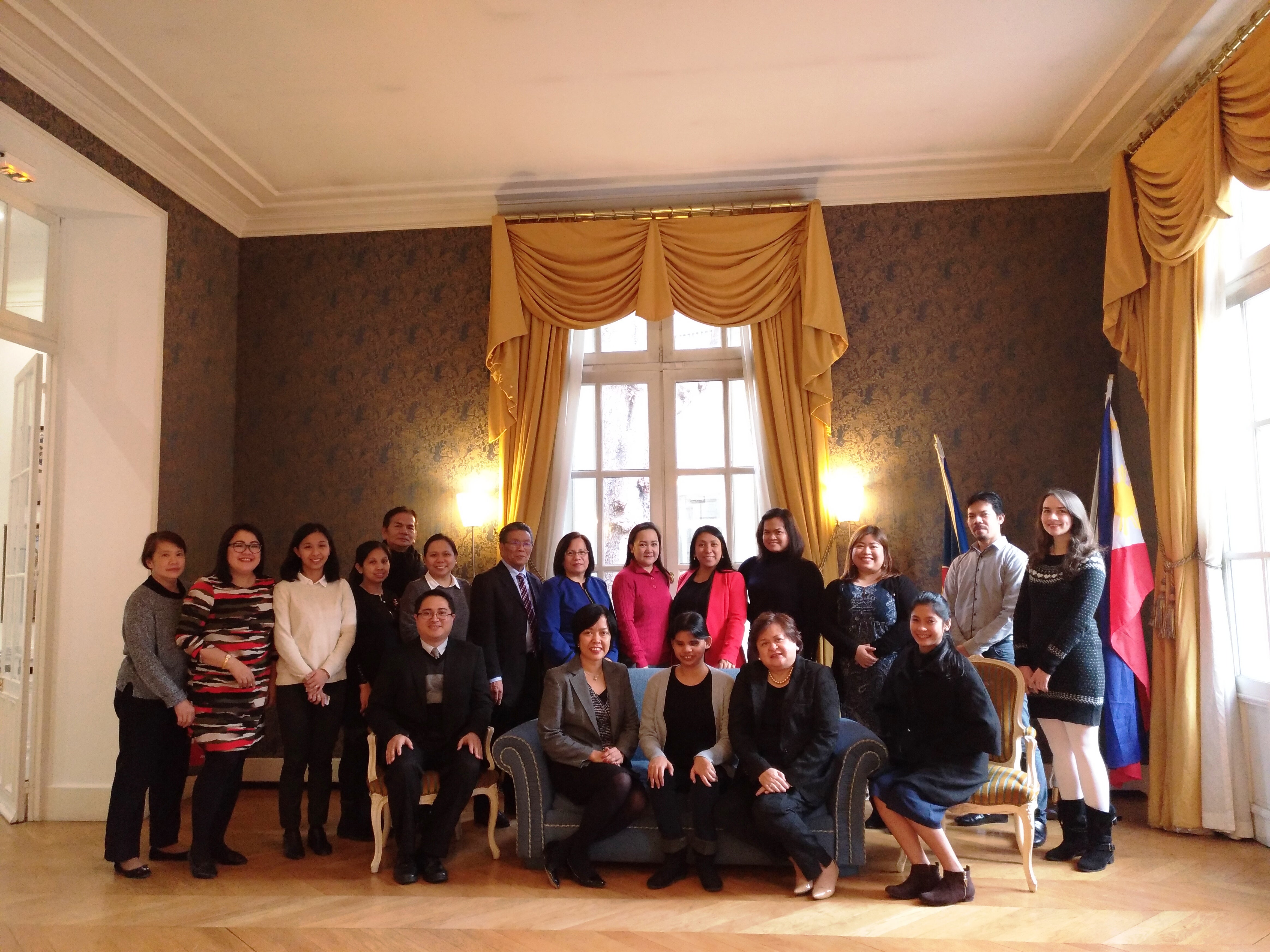 Katchry Jewel Golbin, also known as Alienette, went to the Philippine Embassy in Paris on Friday for a courtesy visit.

The blind Filipina singer finished third in the grand finals of the French talent show France a un Incroyable Talent (France Got Talent).

Golbin met with Philippine Ambassador to France Maria Theresa Lazaro and embassy officials and staff “who all showed their support by viewing last night’s live broadcast and casting their votes for her via text message,” the Department of Foreign Affairs said in a release.

Lazaro said the singer, who became an online sensation after a video of her singing at a mall became viral, accomplished a “great feat” by learning how to speak and sing in fluent French.

Golbin earlier said that she learned to speak French online.

“She wowed the judges with every performance and managed to end up in the top three! Her talent, perseverance and unstoppable will to succeed certainly serve as an inspiration to our Filipino youth and persons with disabilities,” Lazaro said.

Reports said Golbin was invited to audition for the contest after she uploaded a video of her singing in French.

Her performance of Les Misérables’ J’avais rêvé (“I Dreamed a Dream”) went viral online and impressed the competition judges. KS/RAM