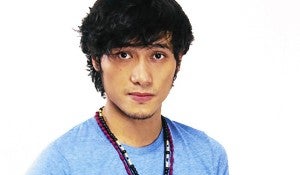 The first time we saw Kean Cipriano perform live with his band Callalily was in Boracay some four years ago. Back then it was apparent that the singer, as well as his band mates, were possessed by the energy and instant gratification that rock ’n’ roll gave them.

The band played with intensity, and Kean seemed to enjoy his role as front man.

Recently, we saw Callalily, again in Boracay; Kean had morphed into a more confident performer, even playing rhythm guitar and singing naked from the waist up, flaunting his tattoos, daring the audience to jump into the fray that his devil-may-care moves incited.

Kean has crossed over to mainstream show biz via television and film. He once courted controversy when the young actress and aspiring singer Danita Paner supposedly left home to shack up with him.

Fortunately, he has been acquiring good skills as an actor, too, most recently as one of the leads in the awarded indie movie, “Ang Babae sa Septic Tank.”

So Kean is now a rock star in the eyes of the twenty-something crowd—a celebrity who can put value to an event.

It comes as no surprise then that a young concert promoter is banking on Kean for a first venture to help promote contemporary Filipino music. The gig, titled “One Stage, One Night: BBS featuring Kean Cipriano Live!” will be held November 26 at the Aliw Theater, CCP Complex, Pasay City.

BBS, short for Big Band Syndicate, is a conceptual group formed by Soupstar Entertainment’s Darwin Hernandez and 6cyclemind guitarist Rye Sarmiento. Darwin—originally a member of 6cyclemind who now runs Soupstar as manager of the likes of Callalily, 6cyclemind and Sandwich—has written songs with Rye for BBS’ debut album.

The album features most of the artists who will also perform at the concert: Kean, joined by Bob Cañamo and Rye of 6cyclemind; Raimund Marasigan and Mike Dizon of Sandwich; Jay Durias of South Border; Buddy Zabala of The Dawn; Paolo Bernardo of Moonstar 88; Eunice Jorge of Gracenote; Madeline of Paraluman; and Wendell Garcia of Pupil.

Speaking in Filipino at a press conference, Kean tried to explain the concert’s significance: “It’s important for the audience to listen to the songs, the lyrics, the sound of guitars and drums… This is music written and performed by Filipinos.”

Wendell butted in: “Let’s not call it OPM (Original Filipino Music) anymore,” adding that anyone can claim to be original, but it’s more realistic to label the music as simply Pinoy.

Our initial impression of BBS’ music videos posted on YouTube is that this band wants to go all-out pop without the “baduy” connotation that the genre implies.