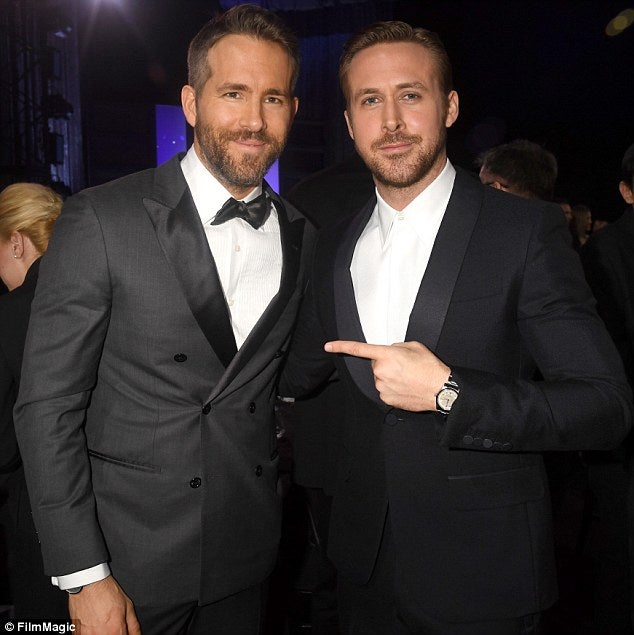 To the delight of fans and admirers, actors Ryan Reynolds and Ryan Gosling caught up with each other and posed for photos at the 22nd Critics’ Choice Awards in Los Angeles.

The two actors also shared the stage during the 2005 Teen Choice Awards. YG/RAM

‘Deadpool’: From super villain to antihero

Ryan Reynolds on his Valentine’s Day plans and Deadpool suit