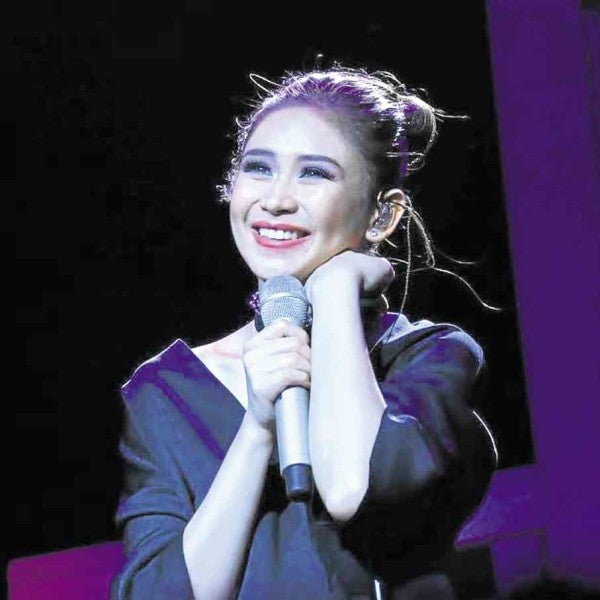 Just two songs into “Unplugged,” her recent show at the Kia Theatre that was meant to promote her 12th album, “The Great Unknown,” Sarah Geronimo turned weepy, and eventually, buried her face in a sheet of tissue as her fans chanted her name.

Because she has always been resolute about keeping her personal life private, it could sometimes be easy to overanalyze the littlest of things she does in public—the sudden bursts of emotions, even the songs she chooses to do in her shows. But this time, the tears were prompted by nothing more than the joy of being onstage.

“I can’t believe I’d still get to see you all like this. I’m so overwhelmed. That was why I was very emotional,” she said. “I thank you, and I thank God for being here. I’m not worthy of this, of your trust.”

The last few years saw Sarah putting in a deliberate effort to put more emphasis on her original material; to stop being reliant on covering other singers’ hits. This was something the 28-year-old artist has proven to be possible, with her two-night concert, “From the Top,” last year. “Unplugged” was another step down that path.

“Tonight is very special because it’s my first time to do a show that features all the songs from my latest album. I have always wanted to do something like this, because each song has a story to tell,” she said.

It was a relaxed and intimate affair, with barely any costume changes or stage fripperies. The repertoire was presented with delightfully stripped down arrangements. And for the most part, Sarah simply remained seated on a stool, as she ticked off just about every track on “The Great Unknown.”

The record features a good mix of ballads and midtempo tracks like the fervid “Ako’y Para Lamang sa ’Yo” and the breezy, ’90s R&B-inflected “Baby You’re the Reason,” and upbeat, electronic pop ditties, including the peppy “Sabi Mo sa Akin” and the rock-tinged “Misteryo.” 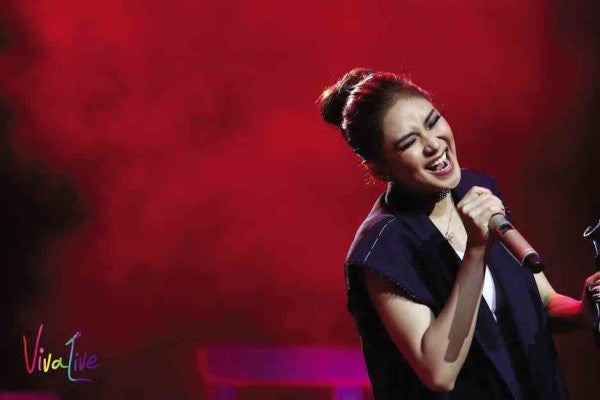 In a duet on the album’s title track, Sarah’s sweet tone coalesced with the sleepy vocals of special guest Champ Lui Pio of the pop band, Hale. Later on, she shared the stage with her father, Delfin Geronimo, in singing the carol, “Christmas in Our Hearts”—the only song on the set list that wasn’t Sarah’s.

Because the audience was composed mostly of her ardent fans, Sarah carried no burden of having to worry about whether or not her performances were enjoyable enough.

And it was apparent in the freedom with which she tackled her songs. Sarah was emotionally connected and was spontaneous, taking liberties with how she played around with the melodies and dispensed ad libs.

She wasn’t merely performing—she was feeling the music. This was especially true in her homage to the songwriting duo of Thyro Alfaro and Yumi Lacsamana, who have been instrumental in Sarah’s musical growth.

Her raw, acoustic rendition of “Ikot-Ikot” had her vacillating between jazzy vocal improvisations and belted high notes. “Kilometro” started out like a piano-driven ballad, before swelling into a sultry jam, with flourishes of electric guitar.

Meanwhile, in the dreamy, slowed-down version of another dance tune, “Tala,” Sarah explored the gentler side of her voice.