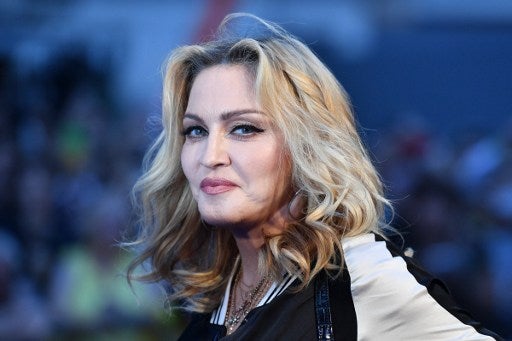 NEW YORK—Madonna is voicing despair over Donald Trump’s election victory and blamed women, saying they had a “tribal inability” to accept a female president.

The election “felt like a combination of the heartbreak and betrayal you feel when someone you love more than anything leaves you, and also a death,” the pop icon told Billboard magazine in an interview published Monday.

The pop icon, who campaigned for Hillary Clinton in her bid to become America’s first woman president, said an “insanely high” percentage of female voters backed Trump, who has boasted of his ability to sexually assault women with impunity.

“Women hate women. That’s what I think it is,” Madonna told the music magazine.

“Women’s nature is not to support other women. It’s really sad. Men protect each other, and women protect their men and children.

“Women turn inward and men are more external. A lot of it has do with jealousy and some sort of tribal inability to accept that one of their kind could lead a nation,” Madonna said.

Madonna will be honored by Billboard on Friday as its Woman of the Year at the magazine’s annual Women in Music celebration in New York, which will be broadcast three days later on cable network Lifetime.

Women on a whole narrowly sided with Clinton, who won the popular vote in the November 8 election.

But Trump edged her out in battleground states such as Madonna’s native Michigan through overwhelming support from working-class white men.

Madonna said she knows Trump and found him to be “a very friendly guy, charismatic in that boastful, macho, alpha-male way.”

“People like that exist in the world; I’m OK with it. They just can’t be heads of state,” said Madonna.