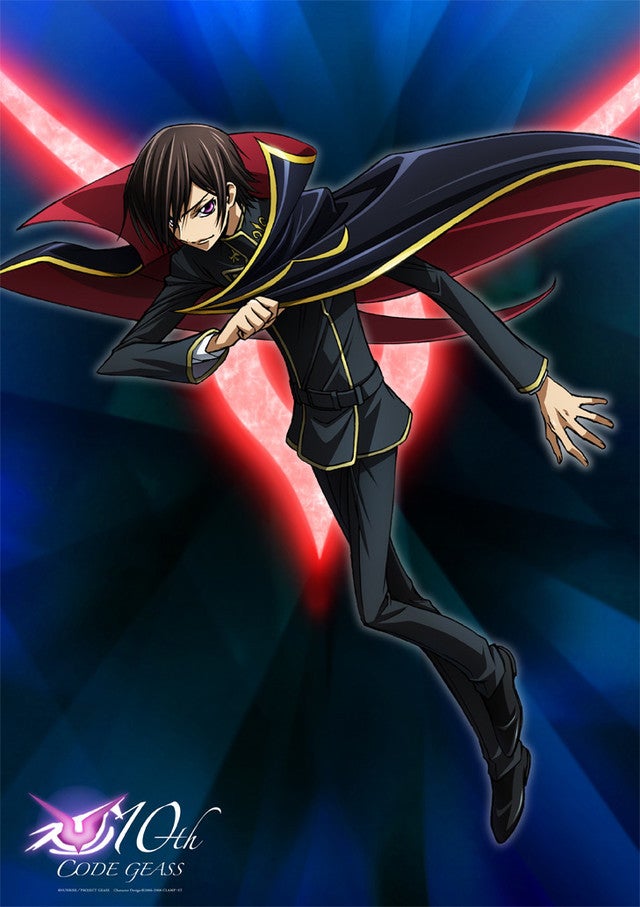 With the 10th anniversary of the Code Geass franchise, Sunrise announced a new sequel entitled “Code Geass: Fukkatsu no Lelouch (Code Geass: Lelouch of the Resurrection),” as well as a three-part compilation movie of the original series.

An event held last Sunday featured a promotional teaser that showed Kallen, Jeremiah (Orange), Suzaku and other characters. This new sequel will be set years after the events of the “Zero Requiem” plan devised by Lelouch. The staff involved in the new project also stated that Lelouch himself will return to the spotlight. Another hint of his reappearance was found when fans decoded a secret message within the event’s invitation, which read “Rebirth of the Demon.”

The event will be streamed by Bandai’s Anime Channel service in Japan starting Dec. 23 at noon. A DVD and Blu-ray Disc will then be released on April 21, 2017. The home video release will come with a digest video for the on-stage performance, a new picture drama debuted at the event, another “Fukkatsu! Kiseki no Baba Gekijou” short and the promotional video that was shown at the event.

The end of R2 had left many fans questioning Lelouch’s survival after the events of Zero Requiem. A piece of leaked footage showed Lelouch and C.C. traveling the countryside together, but was reportedly removed as the director wanted to let fans determine Lelouch’s fate. However, with this new sequel, it would seem that Lelouch’s continued existence is no longer a question. Instead, how he managed to survive and what he did after would be the next mystery to uncover.  Alfred Bayle