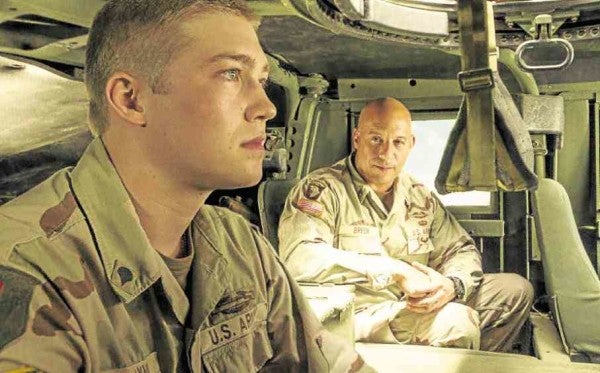 Literature has a lot of cautionary figures that we can learn a lot from. As they say, beware of Greeks bearing gifts, and ugly wolves in sheep’s clothing—they’re a dime a dozen in the crazy world we live in.

The most terrifying demon the 19-year-old Iraqi war veteran faces lurks in the dark recesses of his deceptively lucid mind. Along with other members of the Bravo squad, Billy is brought home for a “victory” tour after his harrowing, life-and-death experiences in the Middle East.

Billy may have survived his mano-a-mano with the Iraqi soldier who “could have” shot Sgt. Shroom (Vin Diesel), but there are more alarming “wounds” that his good looks fail to manifest.

As Billy’s concerned older sister Kathryn (the compelling Kristen Stewart) begs him to man up about the post-traumatic stress disorder he conveniently refuses to acknowledge, flashbacks of his squad’s deadly tour of duty force Billy to recount the tragic memories of the war he chooses to say nothing much about.

Fact, fiction and illusory perception converge and coalesce in the spectacular halftime show—starring Beyoncé and the other singing vixens of Destiny’s Child—of a Thanksgiving Day football game the soldiers appear in.

The film’s nonlinear presentation, while inventive, is far from seamless. It alternately sinks and soars as it examines themes tackling needless violence and the commercialization of war.

But you can always rely on Ang and his visually delectable movies to say something significant and insightful about man’s well-deserved triumphs and the self-inflected woes he burdens himself with.

Judy Ann Santos may not have won best actress at this year’s Cinemalaya (and she should have), but her textured, award-worthy portrayal in Cenon Obispo Palomares and David Corpuz’s “Kusina,” one of our favorite films this year, is a high-wire thespic act that Juday pulls off with perceptive flair and panache.

Seen alongside other scene-stealing actresses’ award-winning performances, hers is a complex characterization that is as delectable as the epicurean delicacies her character Juanita prepares for the people she loves.

Palomares and Corpuz’s film, which plays out like a single-set theater piece, is noteworthy for a bold storytelling presentation that allows its tale to go beyond its limited, four-walled setting.

Forget other critics’ inexplicably narrow-minded  and myopic views. You cannot talk about far-fetched situations “imagined” by avant garde filmmakers in the name of magic realism or suspension of disbelief without allowing “Kusina” to simmer and smolder in its ingeniously staged and impeccably crafted narrative conceit.

If you want to savor something other than cinematic fast food, you can’t go wrong with this screen gourmet. 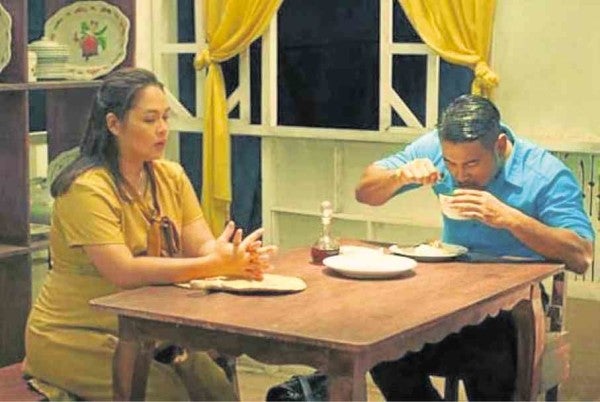