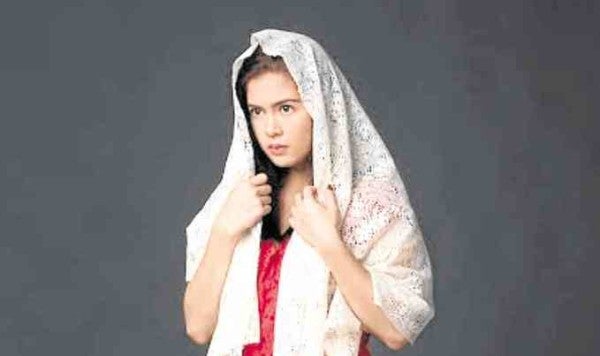 I had fun with everyone, not just with one guy,” said Shaina Magdayao, adding that she saw nothing wrong with the video that featured her and Piolo Pascual dancing at the 2016 Star Magic Ball in October.

The video, with the two Kapamilya actors doing a sexy dance to the tune of Justin Bieber’s “Love Yourself,” had gone viral shortly after Piolo uploaded it in his Instagram account.

“You saw the coverage of the Ball. We all had fun. We’re always so busy, so it’s nice to be free from work even for just a night and spend time with our bosses, coartists and other staff members. It happens just once a year, so why not have fun? As long as it’s clean fun,” she pointed out.

The 27-year-old insisted: “Let’s not push that (rumor) anymore. I was with a lot of people at the time.”

Shaina and Piolo were first rumored to be playing sweet music together in 2012 after they went to Singapore for a concert tour of the Sunday variety show, “Asap.”

The actress claimed to have no time for love these days. “I don’t think that’s possible with the heavy workload I have,” said the actress, who recently met with the media to promote her latest film, the psychological thriller “Lily,” a finalist in the narrative category of the 2016 Cinema One Originals. (The festival runs from Nov. 14 to 22).

“I’ll have time for that eventually,” the actress said when asked about her love life. “If the right person comes along, you’ll be the first to know. Right now, all I want to tell you is about this movie.”

Doing “Lily” has forced Shaina out of her comfort zone. “The film is in Bisaya. My family is from Cebu, and I grew up understanding Bisaya, but I can’t speak it. We used live sound and no dubbing, so I had to memorize everything. I worked closely with a speech coach. It was difficult to be thinking of how to deliver my lines while acting,” she said.

“I’m a Cebuana by heart. I want to make my Daddy, who was born and raised in Cebu, proud. He got so excited about the film that he visited me on the set. He never did that to any of Ate Vina’s (Morales, her elder sister) movies, or to my previous projects,” Shaina recalled.

The actress shot the film in Cebu for three weeks. “That’s a long time for an indie movie,” she shared with the Inquirer. “We were locked in there. I’m proud of this project not only because it promotes Cebuano culture, but also because we’re helping the Cebuano film industry by providing jobs to a lot of people. We worked with 200 staff and crew members, but we functioned as a team.”

“I was surprised to learn that these artistic Cebuanos know each other. They hold film screenings all around the province, through the Binisaya film festival,” Shaina declared. The film’s director, Keith Deligero, is one of the founders of the three-year-old Binisaya film fest.

Shaina said she has experienced a lot of firsts in this movie. “This is hardcore indie. I grew up doing mainstream films,” she said. “I also met Lav Diaz for the first time. He has a cameo in this film. I was star-struck the first time I saw him. It was touching that he flew all the way to Cebu to be with us.”

The film tells the story and origins of Lily, and how she became a popular legend in Cebu as a shape-shifter wreaking havoc and fear.

“We gave her a backstory—Lily is a mom seeking justice,” explained Shaina. “Everyone in Cebu knows of her. She’s like the manananggal character of the stories in Luzon.

Cebuano kids are afraid of her because their parents would say Lily will eat them if they come home late and misbehave.”