Riding a bike to save a baby’s life | Inquirer Entertainment

Riding a bike to save a baby’s life 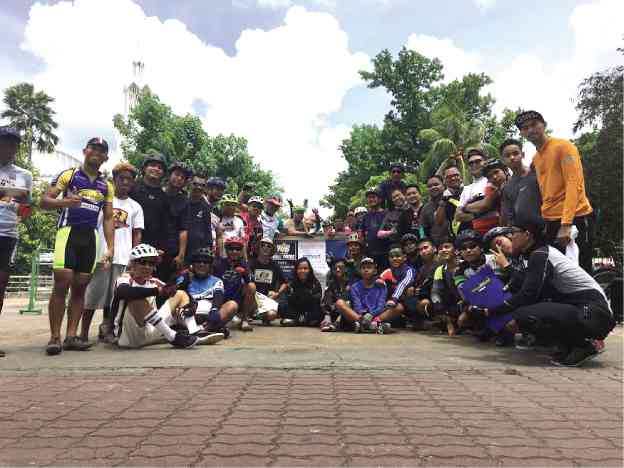 Almost a hundred bikers from the South Group showed support in Lucena. 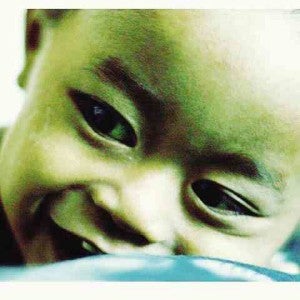 The death of 1-year-old Johann Mikhail Urminita broke my heart. I have not ridden my bike from the time he died until today,” said actress and cyclist Japo Parcero in a recent interview.

Japo had pedalled for over 3,000 kilometers in 30 days to raise funds for Johann, who was then suffering from biliary atresia (a rare disease of the liver and bile ducts that affects infants).

“After the 30th day, I was going to pass the torch. After all, it was a project that made a lot of people realize that a simple act like riding a bike could help save a baby’s life. The most painful thing was, Johann died the day after,” Japo said during a recent visit to the Inquirer office in Makati City.

From Manila, Japo rode up north to Isabela province and then to Legazpi, Albay, in the southeastern part of Luzon to collect donations for Johann’s operation. She managed to raise over P500,000 the day before Baby Johann died on July 1.

On June 1, Japo posted this on her Facebook account: “If you click ‘like,’ you are agreeing to donate P10 for Johann’s operation, but you don’t have to worry about anything else but that. All you need to do is PM (private message) me your address, and I will personally collect it from wherever you are, at your most convenient schedule. So long as you are in Luzon area and my bike can reach you, to you I shall go. I am devoting my 30 days purely to this cause, uninterrupted.”

Prior to working on the project, Japo trained with the national cycling team. From Cavite where she lives, she would ride the bike to Manila for training. “That’s a total of 35 kms. I bike again for 55 kms while in training, and then another 35 kms going back home. In a day, that’s 125 kms! I did that thrice a week,” she recalled. “I said if I could bike for over 100 kms per day, why don’t I just use that mileage to get people to help my cause?”

In the beginning, Japo said her appeal was just meant for her family and close friends in Metro Manila, until her sister Jacq, without her knowing it, shared her post to Top Gear Philippines. The website eventually picked it up and published an article about it.

“It became viral overnight. When I opened my Facebook, I was shocked to see hundreds of messages. This inspired me. I said Johann’s operation was costly but it was possible to raise the money through community effort,” she said.

Japo said Johann’s mom, Joan Urminita, contacted her over a year ago when the former attended a corporate event that she had hosted. “She was a complete stranger. She asked me if I could host for free a benefit show for Johann.” The concert titled, “Liver for a Life: A Benefit Gig for Baby Johann,” was held in March and was led by singer-composer Ebe Dancel.

That was also where Japo learned that Joan needed to raise P4 million for Johann’s operation, and that the Philippine Charity Sweepstakes Office (PCSO) had agreed to give P1 million if Joan would be able to raise P3 million.

“Baby Johann needed to be operated on before he turned 2 years old,” Japo said, adding that Johann was only four months old when they met. “I thought, I have 4,000 friends on Facebook so I’d ask each of them to share.” 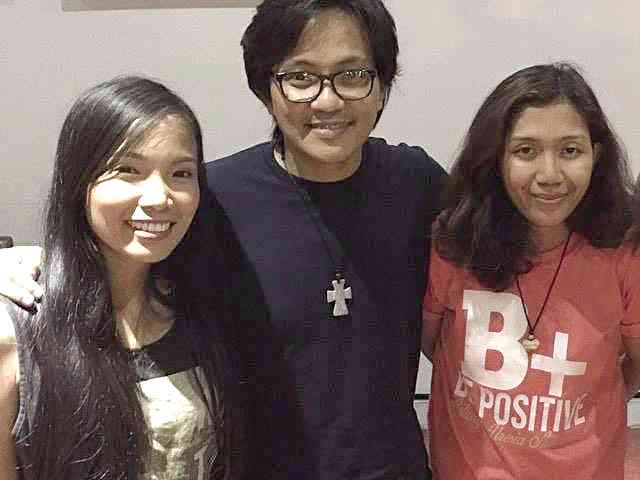 Broadcast channel TV5 also heard of the campaign and did a feature story on Baby Johann. “More people volunteered to help because of this,”
she said. “Biking communities in different areas took the initiative to collect the donations and I just met up with them.”

The first two weeks brought Japo all over Metro Manila. She later received messages from biking communities in Cavite, Tarlac, Pampanga and eventually in Isabela.

There was also a trip down south, in Legazpi City, which is around 480 kms from Cavite, said Japo.

All those hours on her bike took a toll on her body. Japo lost a lot of weight. “My shorts all became too loose. Although I took vitamins, I once suffered from fever. There were times when I’d sleep for only three hours and then ride again. I rode, rain or shine. I thought that if I’d rest, I’d lose a couple of pesos for Johann. I also had to adjust to people’s schedules. I was really thankful because they were all so
considerate,” she said.

Her fiancé Marco and their friends provided “car support” all the way to Isabela.

“They were a big help, especially in carrying my bag,” she said. “I had to bring a week’s worth of clothes and supplies, as well as trail food.”

Japo no longer had car support going down to Bicol, “because they were also busy with work,” she explained. “But I was never alone. I had different bike groups accompanying me from one point to another. It was an awesome experience! It was bayanihan at its best.”

Throughout the whole experience, Japo would post entries on her online journal, which was enthusiastically followed by all those involved in the campaign. “We have already scheduled Johann’s operation; his blood had already been tested. Everybody was so excited until the saddest thing happened… Baby Johann passed away two weeks later.” 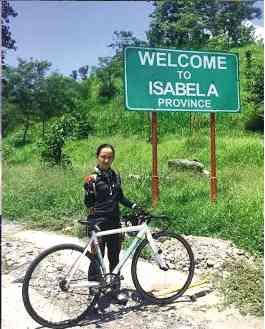 Japo took the news of Johann’s death the hard way. “I was on my way back [from Bicol] when I heard the news. I couldn’t move for a whole two hours. I grieved as if I was his mom. It was a very emotional moment. I stayed in bed and rested for 35 hours.”

Although their efforts failed to save Johann, Japo said the collective endeavor was not wasted.

She said a group of bikers in Tarlac started raising funds for children in their community, “not just for those who are sick but also for different youth-related projects.”

Japo is regularly seen in the ABS-CBN drama series “The Greatest Love.” She was part of the indie films “Ang Manananggal sa Unit 23-B” and “Purgatoryo,” which were both finalists at the 2016 QCinema International Film Festival. Two of her TV ads—for a brand of menthol candy and a dishwashing soap—are currently airing.