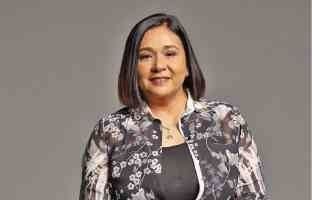 Alma Moreno had just gotten back to Manila from a visit to the Pampanga Provincial Jail in San Fernando City, where her son Mark Anthony Fernandez is currently detained. And already, she was thinking about returning the following day: She would get up early, perhaps at dawn; she would pack some food, because that’s one of the very few things she is allowed to bring inside the facility.

This, more or less, has become her routine these past few weeks. On Wednesdays and Thursdays, she checks on Mark—her son with the late action star Rudy Fernandez—between 1 and 4 p.m. On Fridays and Saturdays, she would drop by anytime within the day. Sometimes, she also gives up her Sundays, even though queues for guests could get quite serpentine.

But she does not mind; if it were possible to visit Mark every single day, she would. If anything, she is relieved that she could do these things at all.

“Ang isa sa mga pinagpapasalamat ko, eh hindi binugbog, hindi pinatay ang anak ko (I’m thankful that he hasn’t been hurt or killed),” Alma said of her beleaguered child, who was arrested last month by the police for possession of a kilogram of marijuana, which he claimed to be using for “medicinal purposes, to prevent cancer.”

“Especially seeing how things are these days—some people get shot dead in the streets, in their homes,” the actress-turned-politician continued, letting out a sigh, “I am grateful that it did not happen to Mark.”

The Inquirer recently caught up with Alma at the GMA 7 Center in Quezon City, two hours prior to a press conference for the network’s latest Sunday fantasy-comedy series, “Tsuperhero”—

her first regular TV gig since 2003. Alma admitted that she initially had second thoughts about attending the event; talking about Mark never fails to make her emotional.

But as an actress, Alma—a longtime Parañaque City councilor before running for senator in this year’s national elections—knew that, no matter how tough, she would need to separate her personal troubles from her professional life. “Tingnan mo, gusto ko nang umiyak, pero hindi (I want to cry, but I won’t),” she quipped.

Excerpts from the Inquirer interview with Alma:

How do you will yourself to work despite what you’re going through right now? When I am in the car en route to the set, I psyche myself up and say, “Kaya ko ’to (I can do this).”

Talking about Mark while taping is not allowed. They know that talking about him brings my spirits down. Thankfully, I have a director (LA Madrilejos) who always reminds me, “Oh, Miss Alma, energy ha?”

How is Mark? I can’t say that he is OK; he is in prison, after all. What I am praying for is that he stays strong so he could adjust. Seeing him breaks my heart, but I have to show him that I am strong and positive as well. God wouldn’t give me a challenge He knew I couldn’t handle.

What can you tell us about his case? I was advised by my lawyer not to talk about it. I can only talk about my feelings as a mother.

What do you talk about when you go visit him? He always worries about me, so I just assure him that I am doing well. Minsan, hindi siya kumikibo  (Sometimes, he doesn’t say anything). I just hold his hands.

How do you manage, with your schedule? I have found a place in Pampanga. I am based there at the moment, so things are easier.

Where do you draw strength? From my children—Yeoj, Winwyn, VJ (with actor-politican Joey Marquez) and Vandolph (with late comedian Dolphy). They always make sure I am doing fine. At iba pa rin talaga kapag nakakapit ka sa taas…dasal, dasal, dasal, dasal (Things are easier when you trust in the One up there…I pray).

It pays to have lots of true friends. Yes, I am thankful to Lorna Tolentino, who is Mark’s second mom. During the times I was too distraught, Lorna was there to take charge. Marami akong hinuhugutan. Even friends you haven’t talked to in a long while…they come out when you need them the most. A simple text or call goes a long way.

A lot of people online have been criticizing Mark. I look at the positive. There are many people who love Mark. Bashers will always be there, happily saying bad things about others. I just let them…Hindi ko sila kailangang pansinin o sagutin.

You yourself became subject of ridicule online after that now infamous interview with Karen Davila. What have you realized, looking back?  I do not look back. I don’t want to be weighed down by unnecessary emotional baggage. I leave those behind, para maka-move on. I focus on the present.

Did you regret doing that interview? What happened happened. Kailangan kong tanggapin (It’s something that I need to accept). Mahirap kung may galit ako (I can’t always be angry). When I am depressed, dasal lang. Kapag naiiyak ako sa gabi, dasal lang (When I want to cry at night, I pray). I don’t dwell on the negative, which is something I learned from my mother.

How did it affect the family? At first, they felt bad for me. But they are OK now, all is good. I am happy the whole issue did not affect Vandolph’s candidacy as Parañaque City councilor; he won…As much as possible, I do not let my children see me hurting.

What have you learned from that episode? I learned a lot…I am happy that, whatever inadequacies I may have had, Vandolph is learning from them. He is taking up courses related to public service in UP.

What was it like running for senator? It felt good. I was warmly received by the people outside Manila. I got more than five million votes, without ads on TV or radio.

Did you feel bad you did not win? I was content. Baka hindi lang talaga para sa ’kin; baka may ibang plano si God. It would be harder for me had I won and my son (Vandolph) lost.

Are you planning to return to politics in the future? Not at this point. I just want to enjoy what I am doing right now…And you can still help without holding a government position.

So, you are focusing on acting for the meantime? This is my comeback show of sorts. It has mostly been one-time guestings in drama shows for the past couple of years. I was a councilor, and I became the president of the Philippine Councilors’ League. I had to lie low from acting because I did not want to sacrifice my political duties.

Did you miss acting? I was so busy, so I did not have the time to even think about it. There were problems I had to attend to…But now I am excited!

What inspired you to return to show biz? Actually, this was not planned. It was all timing. I got an offer from GMA 7. I agreed because the taping schedule was relatively light, just twice a week.

Tell us about your role and how it was working with Derrick Monasterio, who plays Tsuperhero? I play Martha, Nonoy/Tsuperhero’s  half-blind mother. She is a bit noisy, like many moms. She’s overprotective, she gets anxious when it is late and her son still isn’t home…It is great working with Derrick. We had instant rapport. Tina, his mother, is a friend.  I tell him to make the most of this good opportunity because we do not get to be lead actors all the time.

What was your first day of taping like? I was nervous, but just a little. After a while, it went away. I didn’t feel rusty. It helped that I had done some drama roles here and there. But there were doubts, of course, na baka hindi ko na kayang mag-comedy (that I may no longer have the knack for comedy). But I’d like to think that I learned a lot from Dolphy!

It was funny, actually, because one of the first scenes I had to do was set at a police station. And the staff was worried that things might hit too close to home. Pero sabi ko, “Ano ba, OK lang (It’s all okay)!”

Change topic: How is your love life? Wala, eh (zero)!

You are not dating anyone? Diyos ko, sa pinagdadaanan ko ngayon, lalabas pa ba ako (My God, with all the things I am going through, do you think I can still go out_ (laughs)? It’s better this way. I am content with my children.

Do you still have dreams, as an actress? Wala na (none anymore), OK na ’ko. I had had a good career—naging Alma Moreno naman ako noong araw (people knew me). I feel like I do not have anything left to prove.

How would you describe your 2016 so far? Halo, eh (It’s mixed). I lost [in the elections], but my son won. My children are all doing well with their careers, but then this happened to Mark. Parang roller-coaster—up, down, up, down.