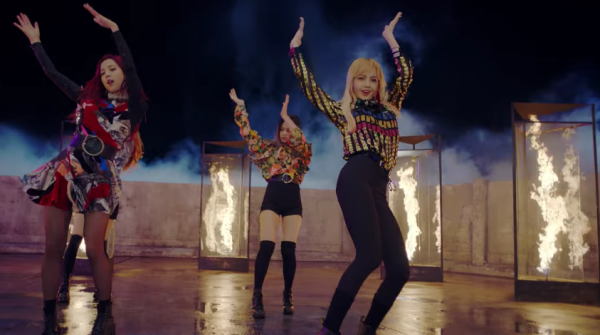 A scene from “Playing with Fire” music video. SCREENGRAB FROM BLACKPINK YouTube

Black Pink has done it again.

Back with its second EP “Square Two,” the rookie girl group topped both local and global music charts upon the mini album’s release Tuesday.

Ranked just below “Playing with Fire” is the other lead track “Stay,” which topped iTunes charts in Hong Kong, Macau, Singapore, Thailand and Vietnam.

Additionally, the official music videos for each track have garnered over a million views each on YouTube within less than 10 hours of their release.

The new album was created in collaboration with leading music producer Teddy Park, who also worked on the girl group’s singles “Whistle” and “Boombayah” from its first EP “Square One,” according to YG Entertainment.

Meanwhile, Black Pink is scheduled to perform on SBS’ music program “Inkigayo” on Sunday and Mnet’s “M Countdown” on Nov. 10. It will also appear in an upcoming episode of MBC every1’s variety show “Weekly Idol.”