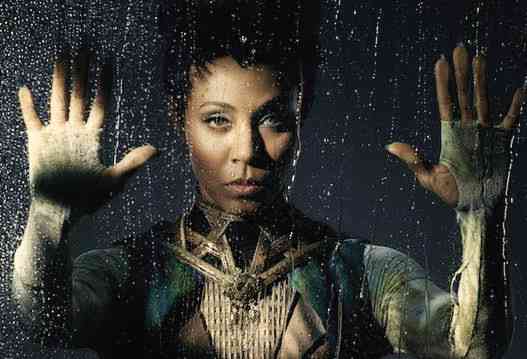 Changing allegiances and murky moral standpoints remain constant in the Batman prequel series, “Gotham,” which starts its third year with a steady influx of conflicts after the secret test subjects held captive in Arkham Asylum were unleashed in the city.

Even ex-crime lord Fish Mooney (Jada Pinkett Smith), who was absent for most of Season Two, is back with mind-control powers, experimented on by the mad scientist Hugo Strange (BD Wong).

There are others who exhibit extraordinary abilities, among them a bat-winged thug and an elderly man with age-accelerating powers. But the most important of them is an identical duplicate of young Bruce Wayne (David Mazouz).

Bruce has been investigating the corruption of his inherited company, and recently encountered that Arkham escapee who looks like his twin, created for some unknown purpose.

So, basically, the show’s become “Smallville,” the denizens of the beleaguered city getting challenged by freaks and monsters on a weekly basis.

Apart from that  clone, who is resistant to pain and injury, the show’s threats come in the form of madman with hypnotic powers, and his sister, whose blood corrupts people who come in contact with it.

It’s become a more active science-fiction show since the second half of the previous season—not that Batman lore doesn’t have its mad-science foes—so younger versions of Mr. Freeze and Clayface smoothly debuted in this altered show. They would’ve been out of place had they been introduced in “Gotham’s” noirish first season.

But Fish Mooney, despite being empowered, has gotten quite dull because of this development. Pinkett Smith was a joy to watch as a defiant gang queen, but the extra powers somewhat diminishes her character’s initial desperation.

The main figures, however, are still true to their established cores—Jim Gordon (Ben McKenzie) is now an ex-cop, a bounty hunter still working for the safety of Gotham citizens. Gordon is willing to cross the line for the greater good.

Oswald Cobblepot, aka Penguin (Robin Taylor), is now mayor, enjoying a landslide victory in the elections despite his openly criminal behavior in the past. The more things change, the more they stay the same in this merciless town.

The show had two rather uneven season finales, both of which capped otherwise firmly crafted arcs, that tend to rush things into cliffhangers.

But let’s see how the third season handles the introduction of more powerful enemies, aside from the return of fan favorite Jerome (Cameron Monaghan), a Joker-like character who could actually be Batman’s future adversary.