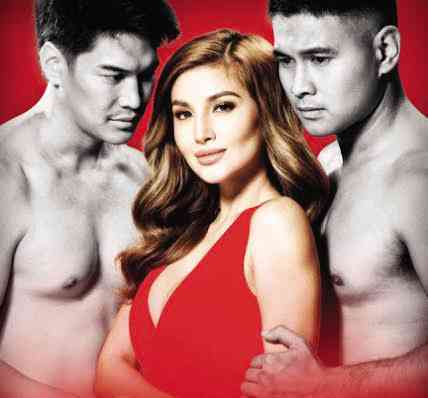 In Joel Lamangan’s “Siphayo,” cancer-stricken Fely (Maria Isabel Lopez) is given only two months to live by her doctor, so her husband, Dante (Allan Paule), hires nurse Alice (Nathalie Hart) to take care of her and make her as comfortable as possible.

The couple’s sons, Conrado (Luis Alandy) and Rolando (Joem Bascon), aren’t too happy about the situation, because it leaves the family in dire financial straits.

With bills piling up, Dante is at his wits’ end. But there’s trouble brewing on the domestic front: He has been sleeping with Alice—who could also be carrying on an affair with soon-to-be married Conrado!

But like many of the director’s previous dramas, the movie also tackles pertinent social issues, like transformative industrialization and its economic implications in agriculture. Its relevance isn’t lost on us, especially after the government cut the country’s agricultural budget for 2017 by P3 billion.

The film could have been an auspicious departure from “That Thing Called Tanga Na” and “Felix Manalo,” Lamangan’s underwhelming recent flicks.

Unfortunately, when “Siphayo’s” yarn-spinning tack shifts to a genre reminiscent of the low-budget erotica of the ’90s—there’s a nymphet bathing full-frontal with door ajar, a peeping tom, a concupiscent lay in the hay on a rice field, etc.—you realize that his film’s social commentary is more disposable than substantial.

As the story draws to a close, the movie turns into a brain-twisting cornucopia of flashbacks that conveniently reveals hidden motives that will in no time leave the audience in utter disbelief.

Nathalie Hart (aka Princess Snell), in her first screen starrer, is a feast for sore eyes, but is grossly miscast as a provincial lass who is subservient to the whims of her elder patron (Paule).

Nathalie’s manipulativefemme   fatale persona is indecisively—and ambiguously— threshed out, which is apparent when she first arrives at Dante’s rickety abode clad in a nurse’s uniform and three-inch scarlet stilettos.