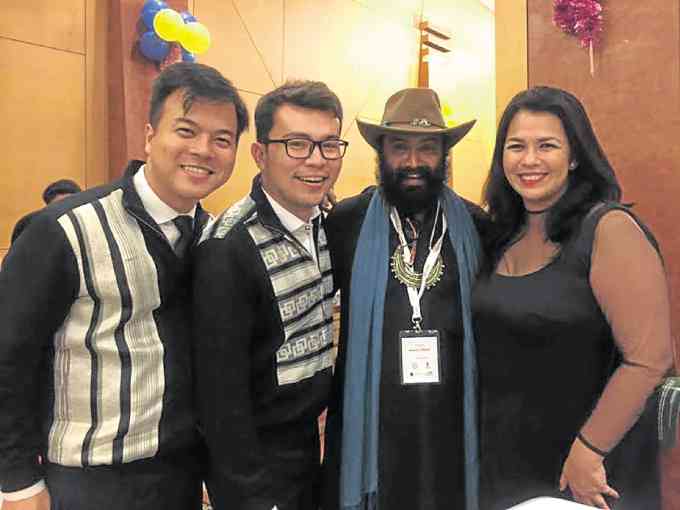 The jurors simply adored the CineFilipino film, Lotlot recalled. “I saw and felt that the jury was united in loving our film. Even jurors from the other categories commended us and those who didn’t get to attend the screening kept asking for copies of the film.”

One juror, internationally acclaimed filmmaker Rajesh Touchriver, went out of his way to congratulate Lotlot and the “1st Sem” team.

“He was fascinated by Lotlot’s performance,” related Allan. “He Googled Lotlot’s filmography. He said he would be honored to collaborate with her in his next film.”

After the red-carpet event, Lotlot confessed that she wanted to do cartwheels out of sheer happiness.

“God is great, indeed! At the awards ceremony, I was just praying that God would bless my directors with an award in their section,” Lotlot told the Inquirer. “They truly deserved it—not only because of all the hardships they had gone through, but because they really made a beautiful film.”

When her name was announced as recipient of a special acting honor, Lotlot was stunned speechless. “I was surprised because there were no acting categories in the festival and I was the only one who was given an award from all the entries.”

Dexter recounted: “The jurors explained that it was for her exceptional portrayal. They just couldn’t allow her performance to go unnoticed. Ms Lotlot was on the verge of tears onstage.” 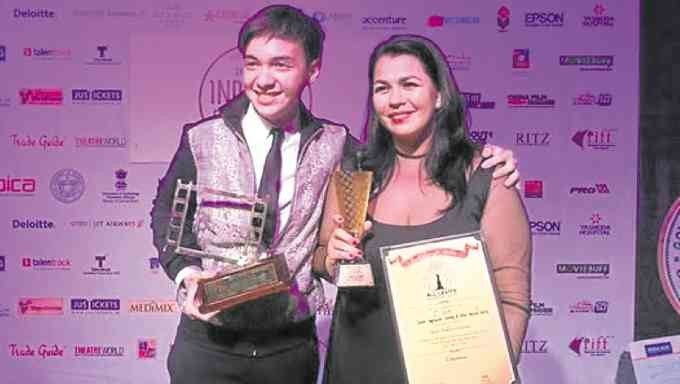 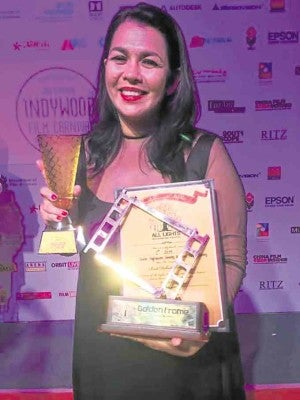 Dexter was just as emotional upon winning the top prize in the debuting directors’ category. “My hands were shaking as I received the trophy.”

Allan related that a number of viewers approached them after the premiere. “The students admitted that they were able to relate with the lead character. They asked for snapshots with Ms Lotlot and her costar Darwin Yu, who played her son in the movie.”

“1st Sem” tells the story of an overprotective mom who can’t let go of her son, who’s leaving home for college.

Allan said that “the mothers in the audience cried and sought out Lotlot after the screening.”

“It’s inspiring to see the foreign audience’s reaction while watching our film,” Dexter explained. “Some laughed; others cried. After the screening, they approached us. They talked with Lotlot for a long time. An Indian actress even asked for a photo with her and Darwin.”

“India is such a blessing for all of us,” Lotlot quipped. “It’s truly a memorable experience. Medyo delayed reaction lang ako. It’s only sinking in now. I think I’m going to have a nervous breakdown!”