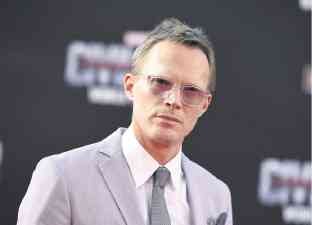 Best known as Jarvis/Vision in the blockbuster Marvel movies, as well as for his portrayal in “A Beautiful Mind,” acclaimed actor Paul Bettany makes his directorial debut by way of the gritty drama, “Shelter,” which he also wrote. The film stars Jennifer Connelly and Anthony Mackenzie, who play strangers who come from different worlds—until their lives intersect when they find themselves homeless in the harsh streets of New York. “Shelter,” opening on Oct. 12 at Vista Mall and Star Mall cinemas, tells a compelling story of loss, love, sacrifice, hope and redemption.

A young peace advocate born of a Christian father and Muslim mother is the country’s representative to a conference for young leaders, the One Young World Summit 2016, in Ottawa, Canada, this month.  Arizza Sahi-Nocum, administrator of the NGO, Kristiyano-Islam Peace Library, will also be a part of the “Extremely Together” core group of young leaders selected from around the world by the Kofi Anan Foundation for their work against violent extremism.

It’s game on for “Wings, Beer, Sports” at the new Buffalo Wild Wings branch at Vista Mall. Now, residents of Nuvali, Sta. Rosa, visiting families and weekend food adventurers can have more fun cheering for their favorite sports teams in action. The sports action is more exhilarating when viewed from the restaurant’s wall-to-wall flat screens, while drinking beer and relishing the New York-style chicken wings and other yummy menu selections.