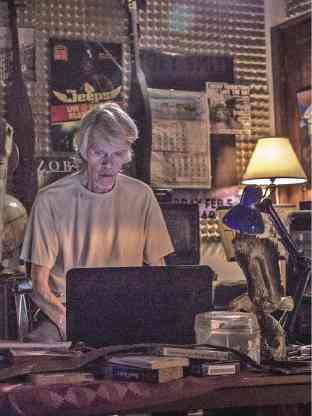 Bradley Liew’s “Singing in Graveyards,” which features rock icon Pepe Smith in the lead role, is going places—specifically, to Italy, South Korea, Greece and Brazil. First stop for the Malaysian-Philippine production was the Napoli Film Festival, which recently wrapped up in Italy.

Producer Bianca Balbuena told the Inquirer: “Napoli’s programmer watched the film at the Venice fest. After the premiere, she immediately approached us, to ask if she could show the film in Napoli. She said it was masterfully crafted.”

It is also part of the A Window on Asian Cinema section of the 21st Busan International Film Festival, ongoing in South Korea until Oct. 15.

Its Philippine premiere will be at the QCinema International Film Festival—with screenings on Oct. 16 and 18. The film is vying for top honors in the New Filmmakers Competition of the 40th Mostra Internacional de Cinema of Sao Paolo, set in Brazil from Oct. 20 to Nov. 2.

Liew’s film is also featured in the Open Horizons section of the Thessaloniki Film Festival in Greece, where it is competing for the Audience Choice Award. Liew and Balbuena will attend the fest, which will be held from Nov. 4 to 13. BAYANI SAN DIEGO JR.