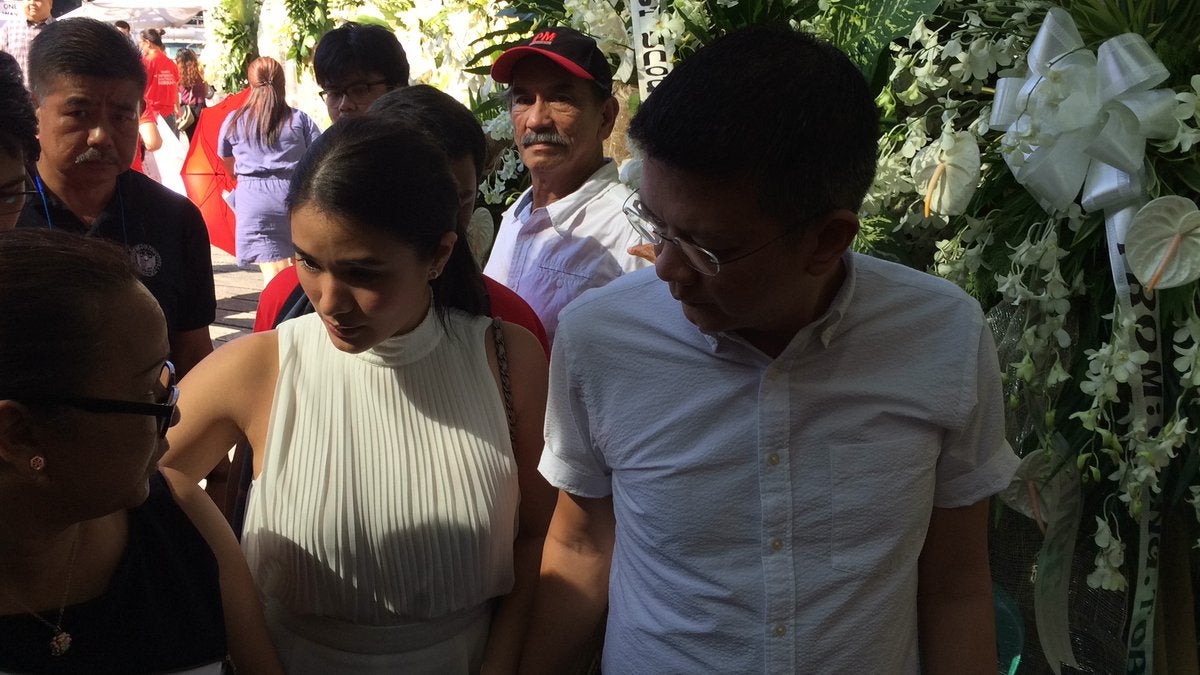 ACTRESS Heart Evangelista went straight from the airport Saturday afternoon to pay her last respects to former Sen. Miriam Defensor-Santiago, whom she earlier described as her “No. 1 protector” and her second mother.

Evangelista, wearing an all-white dress, arrived at 2:40 p.m. at the Cathedral Grottos of the Immaculate Conception Cathedral in Cubao, Quezon City, with husband Sen. Francis “Chiz” Escudero, whom Santiago introduced to her.

The couple had just arrived from Vietnam, where they accompanied President Rodrigo Duterte in his two-day working visit there.

Upon arrival, Evangelista, whose real name is Love Marie Ongpauco, quickly proceeded to the chapel to see Santiago’s remains.

An emotional Evangelista stepped out of the chapel 20 minutes after she and her husband arrived.

The couple said that they’ll come back later for the 8 p.m. necrological service, which will be held at the Immaculate Conception Cathedral.

Earlier, Evangelista posted on her Instagram four photos of the late senator whom she said had “put so much happiness and positivity in my life that I just can’t imagine I can’t call you ever again.”

READ: Heart Evangelista calls Miriam Santiago a ‘superhero’
“Tita, I remember you telling me it will be like you just travelled to see your son who you just imagine is studying abroad. I might have to think like that for now. I love you my super hero. I will miss you my Cleopatra. I will be the luckiest girl in history to have you as my second mom. I love you so much!!!! Until we meet again my mommy m,” the actress wrote in a photo collage depicting a blissful exchange between her and Santiago.

Santiago succumbed to lung cancer on Thursday after a two-year bout with the disease. She was 71. CDG