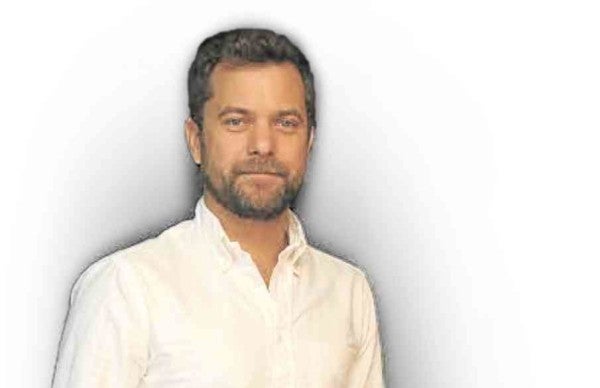 LOS ANGELES—“Every place that I went is beautiful. The Philippines is spectacular,” Joshua Jackson said in our recent New York interview about filming an Emmy Award-winning documentary series, “Years of Living Dangerously,” in the Philippines.

The actor, who stars in Showtime’s “The Affair” and broke through as a child actor in “The Mighty Ducks” movies, told us that he went to the Philippines twice—in March this year and December last year.

Joshua is one of the celebrity correspondents tapped by National Geographic to do a series on climate change. The others include Harrison Ford, Arnold Schwarzenegger (also one of the producers, along with James Cameron and Jerry Weintraub), Matt Damon, Lesley Stahl and Jack Black.

According to the show’s website, these correspondents “travel the globe to see the devastation and destruction firsthand.”

The actor, who’s also known as Pacey Witter in the TV series, “Dawson’s Creek,” said about the Nat Geo show: “I did episodes for them that took me everywhere around the planet, really.”

“So this has been a year of a big change in my life,” added Joshua, who broke up with actress Diane Kruger after 10 years last July. “This year is also about trying to find a helpful voice in advocating for awareness and solution-oriented goals on climate change.”

“My story was based around the ocean,” he said of his episodes which took him around the world. Joshua’s segments will be in Season Two, which premieres on Oct. 30. “We were in Bohol, Dumaguete and Apo Island, where we went diving. Everything north of Mindanao, basically.”

“The experience was amazing,” he said as he described his two stays in the Philippines. “The people—they call them fixers in the documentary world—but I would know them as producers. Our local producer Poy (we were not able to get his last name nor verify his name’s spelling) was amazing. He allowed us into this world that we probably wouldn’t have seen if we had brought just anybody with us.”

“It was an interesting experience making that docu. I’d never been [there] before. It’s a very inviting culture. The people are  warm to foreigners.”

“We were in the water there, which is beautiful,” he gushed. “Their reef systems are incredible.” On his Instagram page, Joshua (@vancityjax) posted many photos of vistas in the Philippines, including a dramatic shot of a beach and sky, which he captioned, “Paradise needs no filter.”

The Canada native who played Peter Bishop in the “Fringe” TV series noted the irony of such beautiful places in danger of being destroyed because of the effects of climate change. “We were talking about the end of that way of life because of the destruction of the oceans that we are globally committing, and specifically, the increased frequency of storms. We actually got caught in a hurricane there.”

He cited the impact of climate change and other factors affecting natural resources: “The increased frequency of storms because of global climate change, the… territorial water actions of China and how they’re destroying your offshore reefs, and global fishing has taken so many of the large pelagic species out of the water.

“So, on the one hand, here I am in these beautiful places getting to scuba dive, doing something I love—it’s a boy’s perfect  life. On the other hand, having trenchant conversations with people who are seeing their entire lifestyle disappear in front of them. So, it was a mixed bag.”

On other topics, specifically his recent separation from Diane, Joshua preferred to be less candid: “I don’t like to be in the press, frankly, in my personal life. She feels the same way. There is the professional portion of our life. Then, there’s the private side that should only be dealt with between the two of us.”

Asked about the new season of “The Affair,” where Joshua plays Cole, the husband who was left behind by Ruth Wilson’s character (Alison)  to have the titular relationship with Dominic West’s Noah, he shared, “This year, we find that the story isn’t after the trial. We flash forward in time to the moment where Noah is being released and all of the attendant madness that comes with him trying to reintegrate himself into the world.” 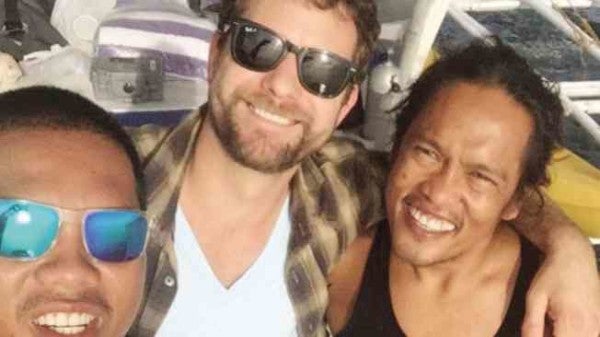 What has been his experience like being on the series?

“The experience has been pretty fantastic,” he said. “It’s such a good group of dedicated actors. So, it’s a pleasure.”

He repeated aloud a question, “What are your morals?” Then, he chuckled and quipped, “Negotiable.”

On one more topic, Joshua recounted how he came to buy his childhood home in Topanga, California. Was it an act of favor to his dad, who left the family when Joshua was a young boy?

“Not to my dad,” replied Joshua whose dad, John Carter, was a US-born ad executive. “That house was where we lived as a nuclear family.”

His mom, Fiona, was a casting agent, producer and director. Joshua, who was born in Vancouver, Canada, debuted at less than a year old in George C. Scott’s “The Changeling.”

“It was definitely difficult in the beginning of my career. It was probably what animated a lot of pretty negative aspects of my personality. I think anybody who says I’m over it would be lying. I would be pretending if that’s the case. But my particular story with that man, is finished.”

And yes, he lives in that house now.