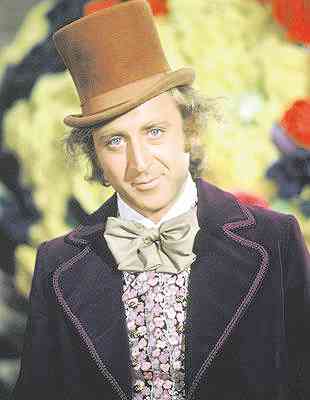 Last Aug. 29, comedy film buffs mourned the death of Gene Wilder at age 89—with good reason: He was one of the best screen exponents of the mirthful art, delighting viewers with his droll and insightful performances in “Willy Wonka and the Chocolate Factory,” “The Producers,” “Young Frankenstein,” “Silver Streak,” “Blazing Saddles,” “Stir Crazy” and “Hanky Panky.”

In fact, some of his screen portrayals have been cited as being  among the best ever seen on the movie screen, trumping the standout performances of some thespic icons.

Wilder’s acting career may have ebbed in his senior years, but he remained active and creative in other art endeavors, like writing and painting.

He wrote his autobiography, “Kiss Me Like A Stranger: My Search for Love and Art,” and other books, and his watercolors were featured in a one-man museum show, to great acclaim.

Wilder was married four times, with his marital union with comedienne Gilda Radner emerging as his most memorably romantic and professional “collaboration.”

They were so compatible together that their friends thought they were in for a really long and loving run. —But, Radner fell ill and soon passed away, leaving Wilder bereft.

Wilder’s most “significant” friends and colleagues include Anne Bancroft, with whom he acted onstage way back in 1961. She introduced him to her boyfriend then, Mel Brooks, who similarly became his best friend. More importantly, he saw his new friend’s potential, and tapped him to costar in “The Producers,” which was later hailed as one of the best comedy-musical films of all time.

Wilder is also closely linked in film buffs’ consciousness with Richard Pryor, with whom he costarred in “Silver Streak” and other hit flicks.

Aside from his innate talent and versatility, what made Wilder unique as a comedic performer was his “ageless” innocence, vulnerability and seeming “refusal” to grow up. Thus, even as a mature comedian, he came up with portrayals that were whimsically accessible to young viewers.

That’s why we call him “the movie screen’s Peter Pan.” He may no longer be with us, but his puckish, ageless screen persona, as well as his books and watercolors—will live on!