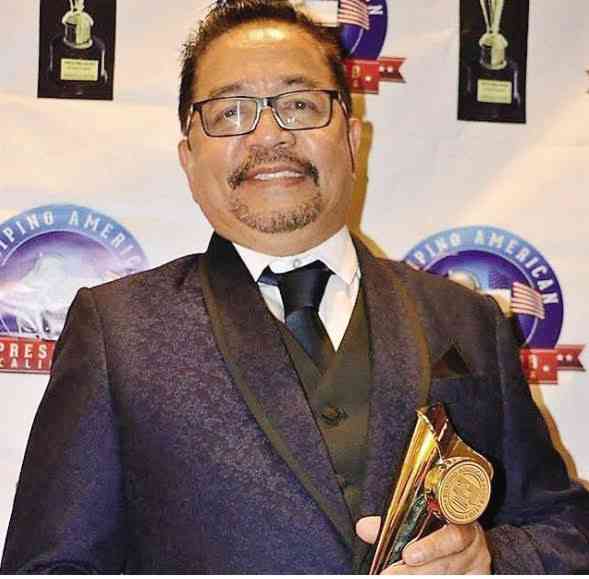 Inquirer Entertainment’s Only IN Hollywood columnist Ruben V. Nepales was named best entertainment journalist of the year by the Filipino American Press Club of California (FAPCCA) in the awarding ceremony held at Glendale Hilton Hotel in Glendale, California, last Monday.

The FAPCCA Media Awards is organized by the Los Angeles-based group, which was founded in 2012. Nepales, whose column appears thrice weekly in the print and online editions of the Inquirer, was ecstatic about the honor.

“Thank you for my shiny new wine chalice, FAPCCA Media Awards,” Nepales said on Facebook after the rites. “I dedicate this one to all the Filipino talents out there, whose stories and voices I always make a space for in my pieces.”

He also thanked his wife and newspaper columnist, Janet, and his daughters, Nikki and Ella, saying they are the people “who inspire me every day, through deadlines and late nights.”

In June, Nepales won second prize in the 58th Annual Southern California Journalism Awards, presented by the Los Angeles Press Club. He is currently on the Hollywood Foreign Press Association’s board of directors.

FAPCCA  aims to “advance, develop, and formally recognize the highest standards of journalism.” The organization holds its Media Awards every two years.

PH ambassador to Brazil recalled over alleged maltreatment of staffer