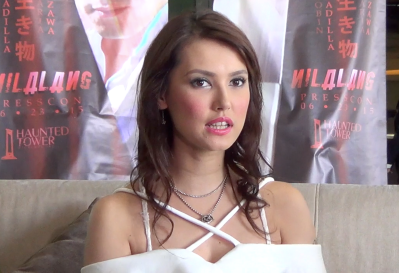 An alleged employee of the Bureau of Immigration (BI) is now in hot water for uploading on the internet passport and ID photos of popular Japanese actress Maria Ozawa.

A certain Armee Camzon, who claimed to be a BI staff, is now being sought for posting the pictures on Facebook, said Tonette Mangrobang, the agency’s spokesperson.

Mangrobang said they were checking to determine if Camzon is indeed one of their 2,000 employees. Once the person is found and confirmed to be on the payroll of the BI, he or she would be facing penalties.

“The BI will not condone nor tolerate these acts. We assure the public that this case is isolated and the right to privacy of the BI’s clients is our paramount concern,” she said.

A Facebook account supposedly belonging to Ozawa revealed on Wednesday the leak of the Japanese actress’ information from the agency, which was processing her working visa.

The post included photos of Camzon’s original post of Ozawa’s Japanese passport and ID photo, with the caption, “I bet you know this girl.”

Camzon’s account has been deleted but her photos of the famous Japanese actress went viral with Ozawa’s complaint on social media.

“This is very wrong. Immigration is a place where people trust and give their private accounts, details and look what she’s done to my privacy,” part of Ozawa’s post read.

She added that she reported the incident to her managers, who would be handling the issue.

Ozawa said Camzon’s post made her so “mad and sad at the same time.”

“They are just being bastos (rude). But people who actually work in immigration doing stuff like this? I just cannot believe it,” she said.

The 30-year-old Ozawa is a former adult video actress and model who popularly went by the name Miyabi.

She went to the Philippines last year to guest in a radio show. She subsequently shot a film, “Nilalang,” in which she played Miyuki, the daughter of a Yakuza member. She starred opposite Cesar Montano.

Ozawa later decided to stay on in the country, running the “Singles Bar” at the Remington Hotel located at the Resorts World Manila in Pasay City.

Mangrobang said Camzon was not in their list of BI employees but the agency was still verifying its personnel records to make sure.

“We are currently conducting our investigation. The BI personnel section was tasked to confirm whether the person who holds the account is one among our almost 2,000 employees,” she said.