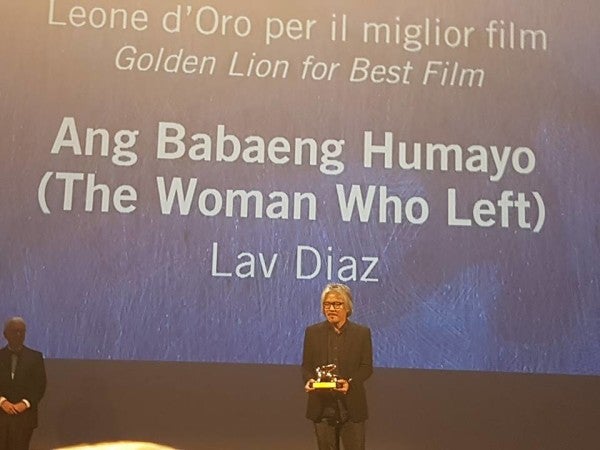 It’s a historic first for the country.

It’s not Diaz’s first time to win in Venice, though.

He previously won special mention in the Orizzonti section for “Death in the Land of Encantos” in 2007 and the Orizzonti award itself for “Melancholia” in 2008. Orizzonti is a special section in Venice devoted to alternative, experimental films, highlighting “new trends in cinema.”

Diaz continues his winning streak with “Ang Babaeng Humayo,” which at three and a half hours is considerably shorter than his earlier works.

Diaz’s latest victory in Venice scores another important first for the country: This year, the Philippines has won in the world’s top three A-list film festivals.

It is truly a banner year for independent filmmaking in the Philippines. 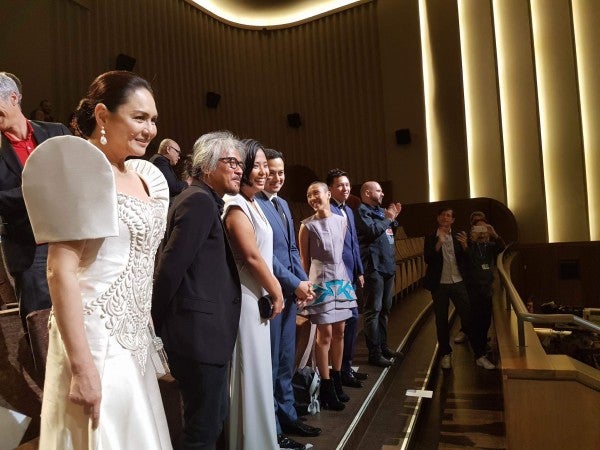 Santos told the Inquirer: “I feel so honored and proud to be part of this special project.”

“I am so happy that we got to experience all this,” Ronald Arguelles, head of Cinema One (which produced the film), told the Inquirer via Facebook Messenger.

According to early reports, Diaz dedicated the award to the country and the “struggle for humanity.”

In an earlier interview, Diaz told the Inquirer that shooting the film in the island-province of Mindoro was an eye-opening experience for him.

Every time he films in various parts of the country, he explained, he gets to discover different aspects of the archipelago. But in Mindoro, he pointed out, “My faith in the Filipino grew stronger. Old Pinoy values are intact in Mindoro. People are kind. Sobra.”

“Ang Babaeng Humayo” was earlier showered with glowing reviews by critics from major publications like the Hollywood Reporter, Screen International and Variety.

Lodge hails it as a “thoughtful, far from idealistic meditation on the complex nature of forgiveness and shifting moral accountability.”

Screen International’s Jonathan Romney asserts that Diaz, who also wrote and shot the film, “pulls one of his phenomenal one-man-band acts here.”

Romney states that the narrative of “Humayo” is “tantalizing … frustrating.”

Tsui sums it up as a “succinct, poignant revenge drama.”

Diaz told the Inquirer that he was inspired by Leo Tolstoy’s 1872 short story “God Sees the Truth, But Waits,” in writing his latest movie.

“Humayo” follows a motherly school teacher, wrongfully convicted of murder and imprisoned for 30 years, as she plots against her nemesis, a former lover.

The performance of Santos, who portrays the avenging convict, was similarly lauded by Hollywood Reporter as “majestic” and by Variety as “remarkable.”

Screen Daily notes that Santos, former head of ABS-CBN who retired recently, “shows a phenomenal range of shading as the elusive, changeful [heroine], as well as an imposing but gentle authority.”

The jury was headed by Oscar-winning filmmaker Sam Medes, best known for “American Beauty” and the James Bond movies “Skyfall” and “Spectre.” TVJ 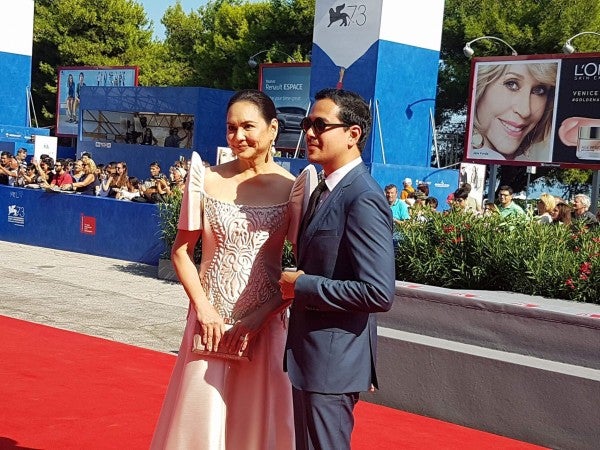 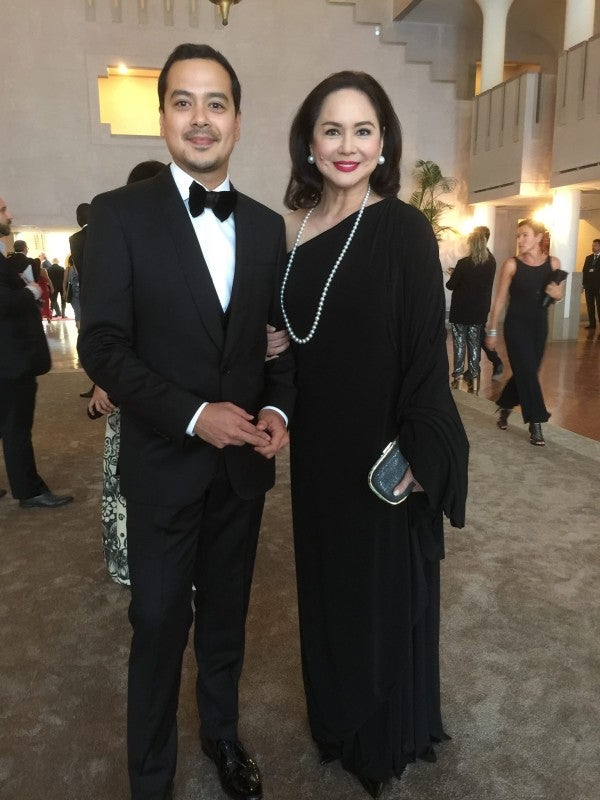 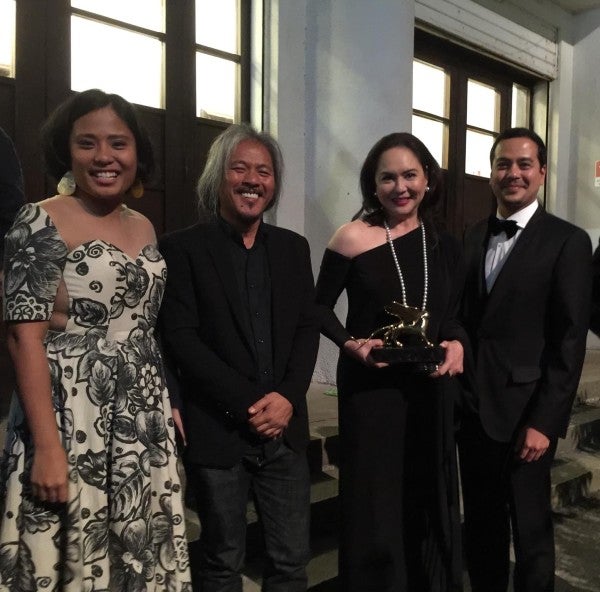