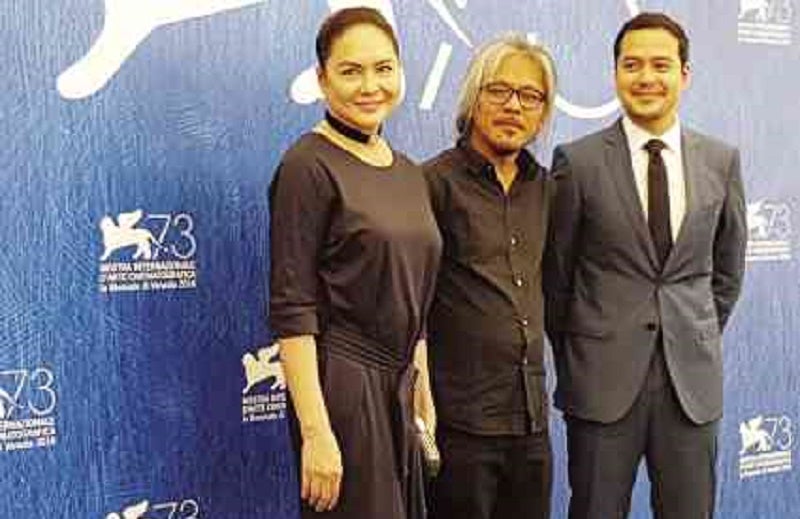 The press preview had just wrapped up on Thursday, and the reviews for Lav Diaz’s latest film, “Ang Babaeng Humayo,” came out all over the Net with resounding swiftness the following day.

Critics have showered the country’s entry in the Main Competition of the 73rd Venice International Film Festival with raves in early reviews posted on Twitter and in the Hollywood Reporter website.

On Twitter, Jeroen Struys, chief film critic of the Flemish paper De Standaard, hails “Humayo” as a “profound and masterfully written heavyweight on resilience and [the Philippines]. Might win.”

Struys points out: “Diaz can make 3.5 hours fly by while other films seem to last forever.”

Critic Clarence Tsui of the Hollywood Reporter agrees with the European reviewers and describes Diaz’s film as “a succinct, poignant revenge drama.”

The US writer also takes note that, while Diaz has become more vocal and political in his past works, he has “opted for a more universal contemplation about the cruelty and absurdity of human existence” in his latest film.

In sum, “Babaeng Humayo,” according to Tsui, “is an immensely immersive and engaging tale about a wronged individual’s grueling struggle between reconciliation and revenge.”

Tsui opines that Diaz’s collaboration with “mainstream backers,” led by former ABS-CBN head Santos and Cinema One, “has seemingly infused focus and urgency” in the famously uncompromising filmmaker.

Still, Tsui asserts that “Babaeng Humayo” is not a “commercial sellout.” Rather, he insists, it is a “taut exercise, in which every shot burns with condensed emotions and human empathy… Diaz has taken conventional ingredients and produced something that is greater than the sum of its parts.”