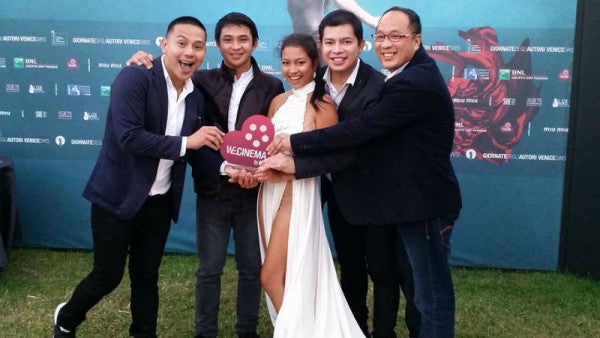 Roy, who is in Italy, told the Inquirer via Facebook Messenger that BNL stands for “Bank National Labor,” major sponsor of the award. “But the audience voted for the winner,” added Roy, who explained that the award came as “a surprise.”

“Our film was the last to be screened in the section,” he recounted, adding that he didn’t expect to bring home the trophy—his first time to win an award given by the audience.

According to the fest’s site, the Filipino film won 70.3 percent of the vote.

He related that Italian viewers were keenly interested in the film and had asked incisive questions during the discussion after the screening.

The award was presented to the Pamilya Ordinaryo team, which included lead actors Ronwaldo Martin and Hasmine Killip, during a ceremony held at the Filmmakers’ Villa on Friday (Sept. 9).

The top prize in the Venice Days section was given to Andreas Dalsgaard and Obaidah Zytoon’s “The War Show,” from Syria.

Venice Days is compared to the Directors’ Fortnight section of the Cannes Film Festival in France.