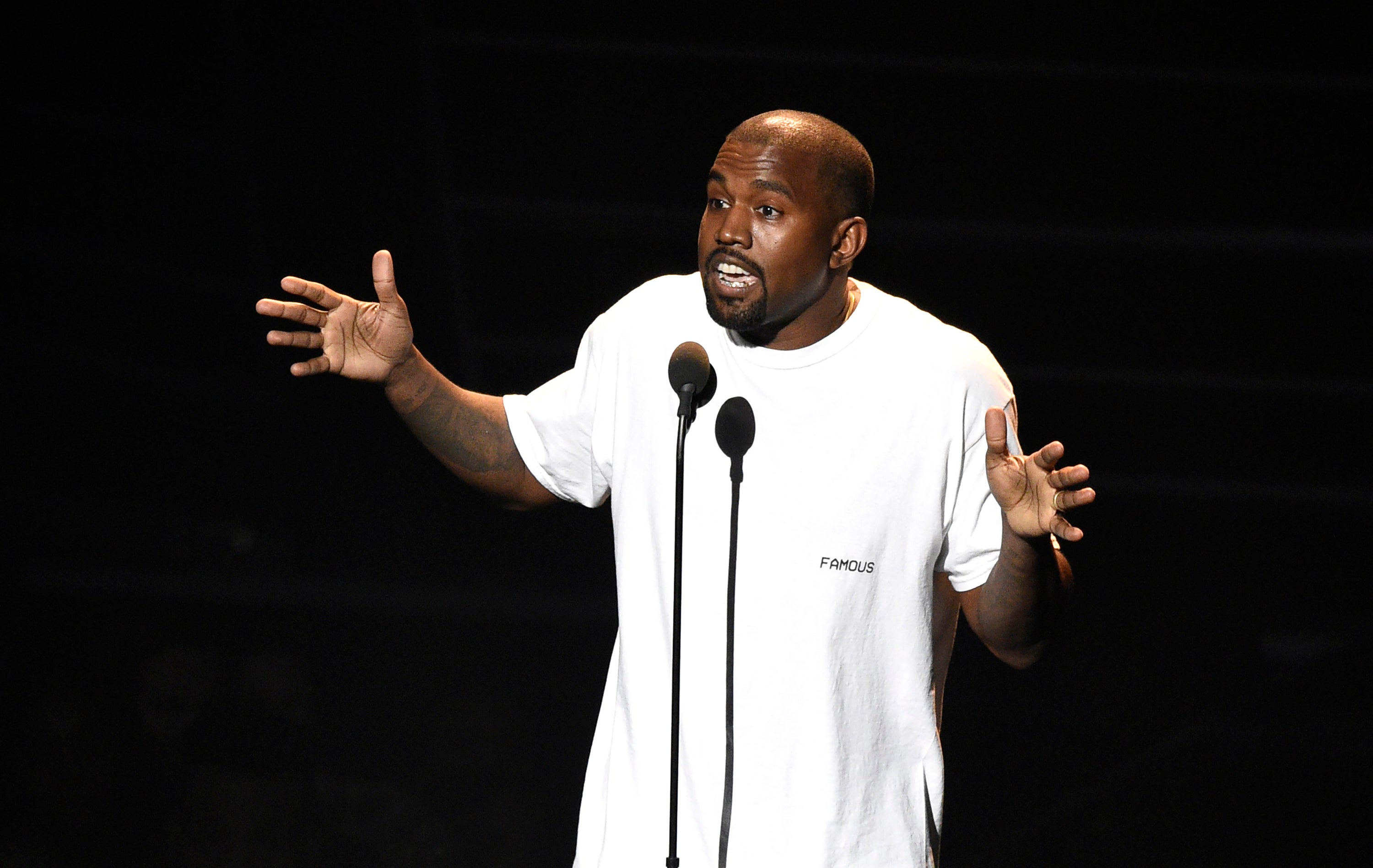 NEW YORK—Kanye West brought his “Saint Pablo Tour” to the small stage at a New York Fashion Week party, where he performed under smoky, dark lights, and ended his set with some outspoken words, per usual.

West hit the stage Friday night at The Plaza Hotel, where the audience—a bit sweaty and cramped and made of up fashion and entertainment industry insiders—hung on to the rapper’s every move as he performed new and old songs, even jumping into the audience to rap with the crowd.

West and his wife, Kim Kardashian, were being honored by Harper’s Bazaars at its annual ICONS event. It was just days after West, 39, debuted the fourth season of his Yeezy collection for Adidas to mixed reviews.

He then thanked the fashion crowd for supporting him as he transitioned from Grammy-winning rapper-producer to fashion mogul.

“I appreciate y’all going on this journey for me. I appreciate all the years y’all put up with me learning in front of you and listening to the music at the same time,” he said.

“I appreciate the moment when Carine put her friend on the cover—no, not this moment—I’m talking about when she put Tom Ford on the cover,” he continued, referring to Carine Roitfeld, the former editor of Vogue Paris and founder and editor of CR Fashion Book. “And all you mother (expletive) were like, ‘Oh, Carine (is) over!’ She’s a mother (expletive) icon though. There’s only one Carine.”

Then West paused, dropped his microphone and walked offstage. The crowd of a few hundred cheered him on.

He kicked off his set with “Father Stretch My Hands Pt. 1,” and also performed “Famous,” ”All of the Lights,” ”Black Skinhead” and “Touch the Sky.” When he performed “Runaway”—which features the infamous line, “Let’s have a toast for the douchebags”—he held his middle finger up throughout most of the performance.

The Kardashian clan was there to support Kimye, including Kris, Kourtney, Kylie and Kendall, who was with her rapper-boyfriend Tyga.

The Harper’s Bazaar event is in its third year and was held by Roitfeld and Karl Lagerfeld. Katy Perry was featured on last year’s stage and Lady Gaga performed jazz songs at the inaugural event in 2014.