Someone to watch over Tom 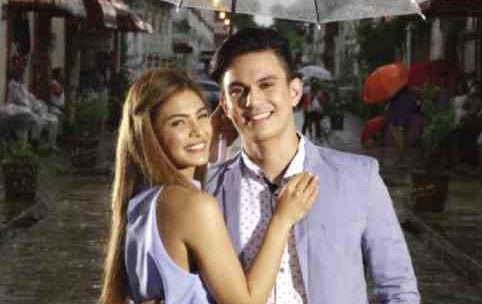 Tom Rodriguez is on a roll. He stars in GMA 7’s new series, “Someone to Watch Over Me,”  which premieres tonight and airs after “Descendants of the Sun.” It tackles the unwavering love of a wife (Lovi Poe) for her husband (Tom) who is suffering from early-onset Alzheimer’s disease.

Aside from that, Tom also hosts the talent reality show, “#Like!” (airing Saturdays after “Eat Bulaga”)  with Internet sensation  John Philip Bughaw aka Balang.

Each episode  pits online sensations against each other in individual or group battles to see who has the most hashtag likable talent.

Viewers will have their daily dose of gorgeousness, from Monday to Saturday, courtesy of Tom.

Here’s my chat with the actor-host:

How is your new teleserye redefining  your views on marriage?

It made me realize  that the phrase, “in sickness and in health…till death do us part,” isn’t just a line in marriage vows. It’s something that couples must talk about because it entails commitment, especially when one partner suffers from a lingering illness. That’s when love means sacrifice.

If you could pick any foreign celebrity to watch over you, who would it be?

I’d pick my favorite physicist, Dr. Michio Kaku. If it’s a local celeb, my only choice is Carla Abellana.

What are the misconceptions of women about men that should be corrected?

We’re not callous. We also have “feelings.” People think men are born macho, but that’s not the case.

What do you find hard to understand about women?

Their fascination with bags.

Growing up with my family.

What are your do’s and don’t’s when you are in a relationship?

I liken relationships to a bottle in a basin. The bottle represents the couple. Once it’s full, it spills over to the basin which symbolizes family and friends.

As much as possible, a couple must work things out between themselves. They must have teamwork.

What has fame taught you?

Even if I feel grateful and lucky that a lot of people love me, fame must not make me think  that I’m better than others.

Practical jokes on people. I would rather not elaborate, out of respect to those I played tricks on.

The music video community musical.ly has taken the Philippines by storm. Its users aptly called “musers” are known to actively shoot, save and share  15-second videos through the platform.

Everything about musical.ly screams Gen Z, from the frantic music to the creative effects and filters.

According to Mauricio Lievana, senior marketing manager, the company is now working on projects in partnership with local entertainment producers for exclusive releases.

TAGS: Entertainment, GMA-7, Someone To Watch Over Me, Television, Tom Rodriguez