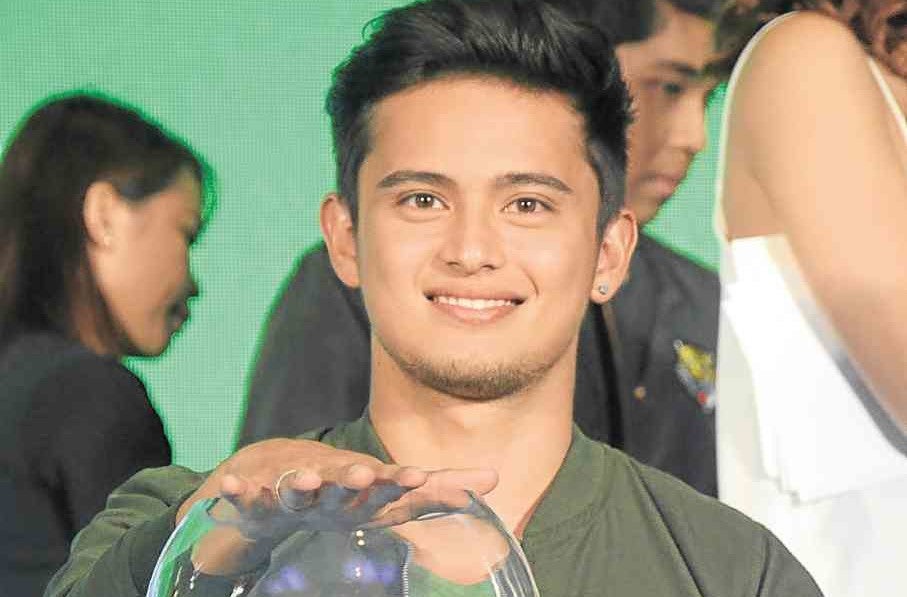 Actor-singer James Reid said he would support same-sex marriage, saying “I’m all for it.”

James is one of the lead stars of ABS-CBN’s latest drama series “Till I Met You” which, he said, would “discuss LGBT (lesbian, gay, bisexual and transgender) issues.”

“A person should not be afraid to show who he really is and should be free to do what he wants,” said James in explaining his reason for favoring same-sex marriage.

The 23-year-old actor also revealed he has a gay friend, who had confessed love to him and he found “nothing wrong with it.”

“Since he is a good friend, he understood when I told him that I’m OK to just be his buddy,” James said of his reaction to his gay friend’s proposal during a meet-and-greet session organized by the transport app Grab Philippines, which he endorses. 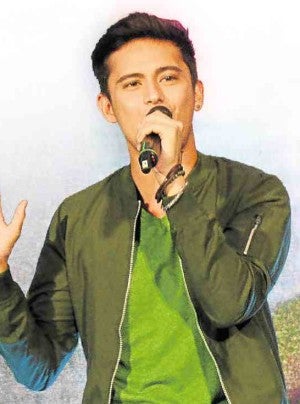 FOR JAMES, spending time with his family and loved ones is a form of reward. ARNOLD ALMACEN

“Till I Met You” also features Nadine Lustre and newcomer JC Santos. “The story is one of a kind—I don’t want to give it away. The love triangle is uncommon,” he said, adding that it would be “more mature” compared to their previous top-rating drama series, “On the Wings of Love.”

He shared with reporters: “Nadine and I are excited. Before, it was just Clark and Leah in ‘Otwol.’ This time, it’s the three of them—Iris, Basti and Ali (played by JC). Of course, we feel pressured because it’s a primetime show, but I believe in the production team and our director (Antoinette Jadaone), so I’m not worried about viewers not liking it.”

The series was shot partly in Greece. James and Nadine, collectively known as JaDine, spent two weeks in the European country, specifically in the city of Athens and on the islands of Santorini and Mykonos.

“I want to go back there soon. The trip was unforgettable because of the food, all the sight-seeing and cliff diving that we did in Santorini,” he recalled.

Last week, Nadine hosted a birthday dinner for her mom Myraquel, and James was one of the invited guests. “It was a small family get-together. I brought my sister (Lauren) along,” he shared with the Inquirer. “Nadine and I are discovering new things about each other every day. Our work has brought us much closer.” 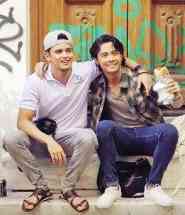 JAMES (left) and JC Santos in “Till I Met You”

For James, spending time with his family and loved ones is a form of reward. “That’s all I want to do after a long day at work. I can’t wait to move in to our new house—it’s really for them. I’m excited about the pool.”